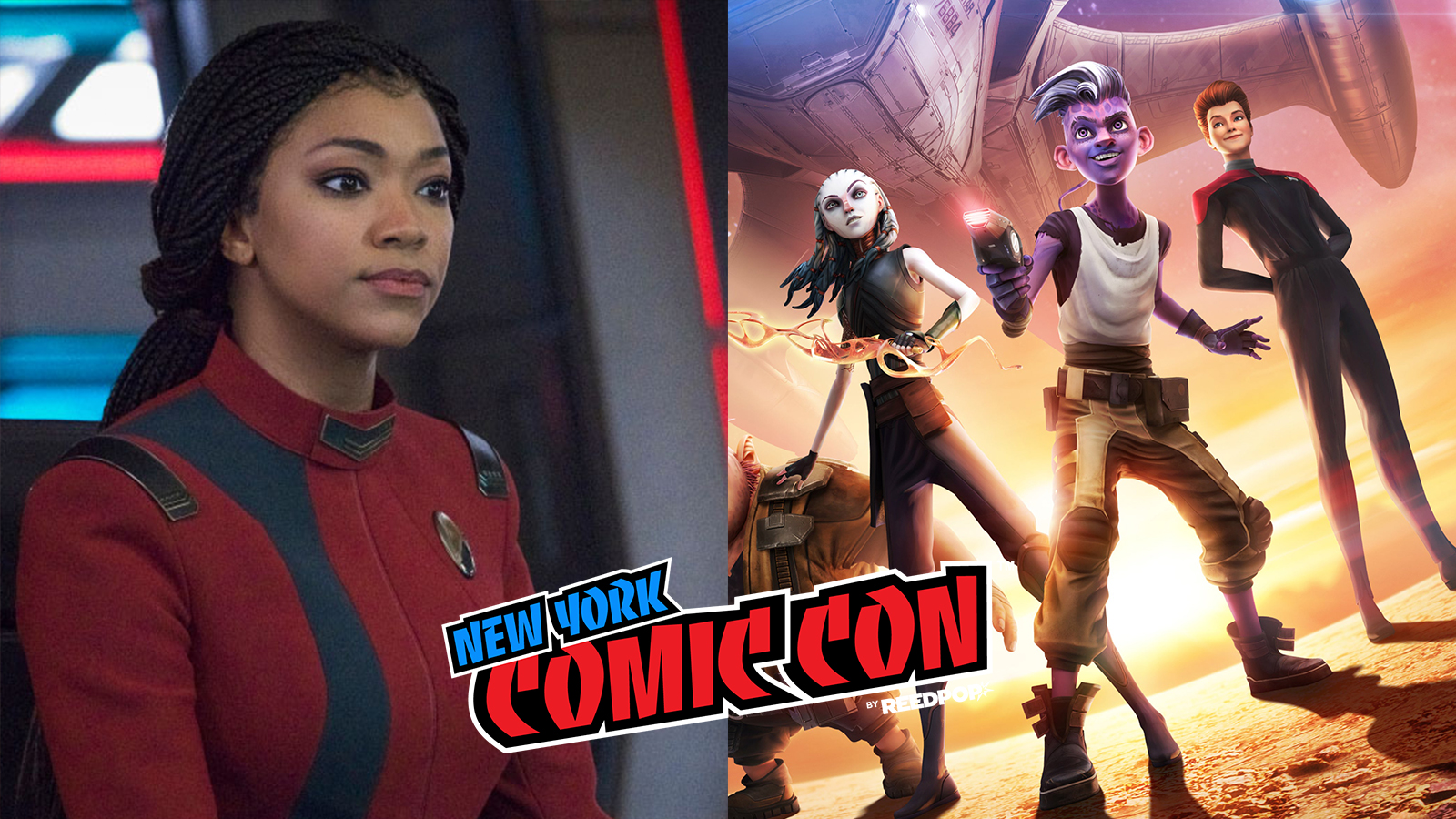 Star Trek returns to NYCC with Discovery and Prodigy panels

Star Trek will return to New York Comic Con this weekend with two panels featuring Star Trek: Discovery and Star Trek Prodigy. On Saturday, October 9th, Discovery will take center stage, as members of the cast and crew will appear on stage to discuss the upcoming fourth season of the series. On Sunday, October 10th, Prodigy will host a screening of its season premiere, along with a cast and crew panel.

A new trailer for Star Trek: Discovery‘s fourth season was not revealed during last month’s Star Trek Day streaming event, so it would make sense for the trailer to be shown during NYCC — leading up to the season premiere on November 18th.

In advance of the season four return of STAR TREK: DISCOVERY on Paramount+, join cast and executive producers of the hit series as they tease the upcoming season which finds Captain Burnham and the crew of the U.S.S. Discovery facing a threat unlike any they’ve ever encountered.

“With Federation and non-Federation worlds alike feeling the impact, they must confront the unknown and work together to ensure a hopeful future for all. Produced by CBS Studios, STAR TREK: DISCOVERY will premiere on Paramount+ this fall.

Back on Star Trek Day, we got our first look at the Star Trek: Prodigy trailer. The NYCC panel may give us some additional details about the new animated series, leading up to its October 28th premiere.

Join Paramount+, CBS Studios and Nickelodeon for a premiere screening for the whole family of the highly anticipated upcoming “Star Trek” animated kids’ series, STAR TREK: PRODIGY. Following the screening, cast and producers will take the stage for a moderated panel discussion.

While this year’s New York Comic Con is completely sold out, fans can purchase a digital ticket to livestream panels from the event for $20. The panels will also be available to stream after the event for 30 days.