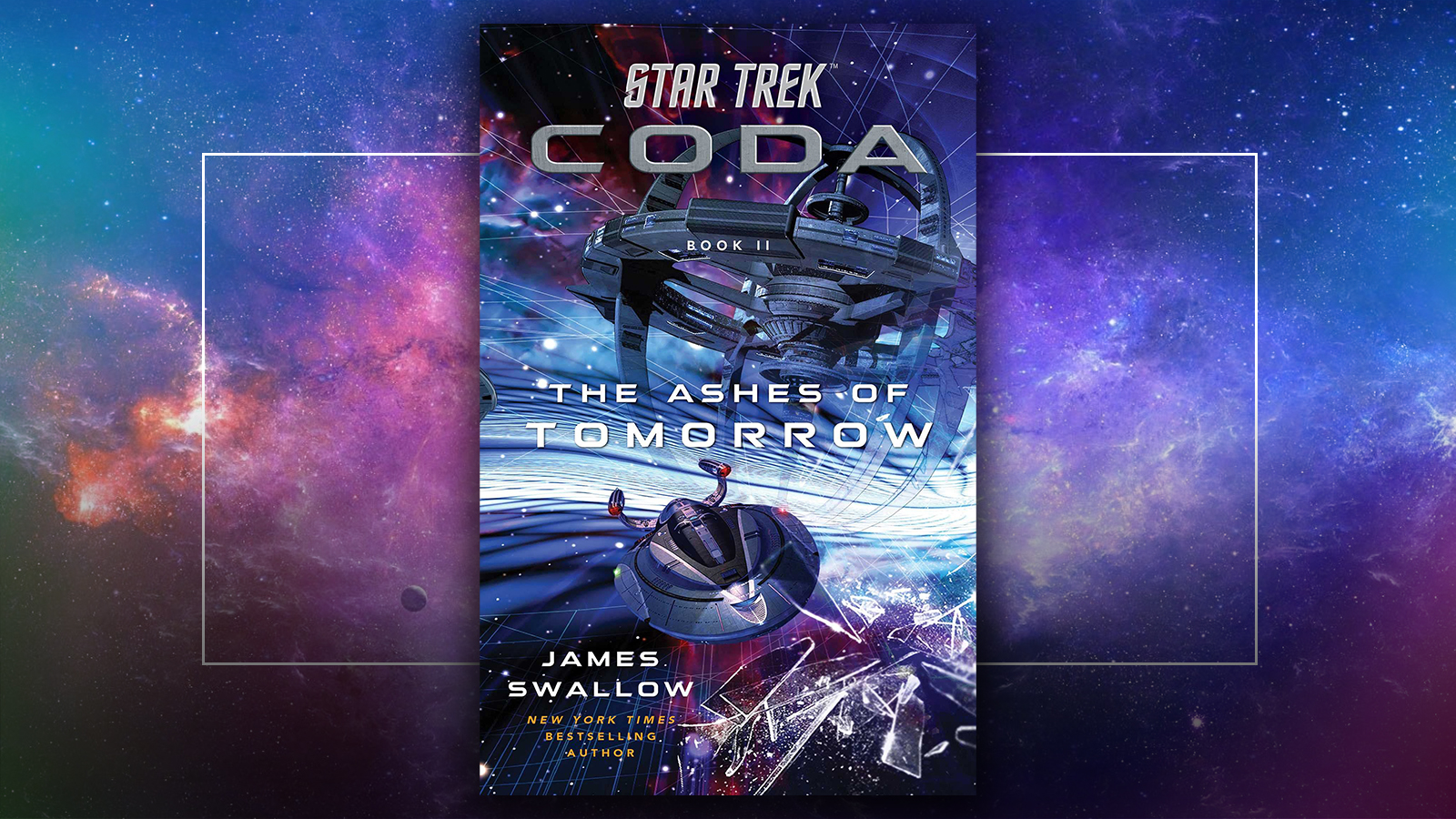 Author Dayton Ward laid out the stakes our heroes face in the first part of the landmark Star Trek: Coda trilogy: the existence of not only their universe but every other universe in every alternate reality is threatened with absolute destruction. It’s a fascinating and monumental realization for the likes of Captain Jean-Luc Picard and his allies, sure, but the question now becomes: what do they do about it?

James Swallow, who recently wrote Star Trek: Picard: The Dark Veil, reckons he is able to start answering that question.

You probably heard by now that the Coda trilogy is an end to the Star Trek lit-verse, the collection of post-2005 non-canonical work by various authors to help fill in the gaps of Star Trek lore not seen on television. As Dayton Ward explained in the lead-up to his book’s publication in September, he, along with fellow authors James Swallow and David Mack, wanted to prevent to the Star Trek expanded universe what ultimately happened to the Star Wars expanded universe; that is, Disney just struck all of that EU material from Star Wars canon to make way for their new Star Wars projects. Ward, Swallow, and Mack want to give the Star Trek EU an actual send-off, seeing such a send-off necessary considering Star Trek: Picard and its place in the canon timeline.

Thus, the Coda trilogy was born, and the first book, Moments Asunder, revealed a new, super-dangerous threat for our heroes, namely Captain Picard. We thought this book was a pretty good setup for the trilogy. Captain Picard, Wesley Crusher, the crew of Ezri Dax’s ship, the Aventine, and a few other heroes determine that the Devidians, a one-time enemy in TNG, are hungry for neural energy. So hungry, in fact, that they are trying to collapse every universe, not just the one in which our heroes exist. All-time is threatened. No big deal. And here’s where Swallow steps up to the plate.

To Swallows’ credit, his concise writing prose is a great vessel through which to re-introduce, and when the plot demands it, further illuminate, exactly the problem facing our heroes. As we noted in our review of Moments Asunder, Ward had a tendency to overload the reader with temporal jargon, leaving a more casual reader to just nod their head and accept the gist of the threat. Swallow, meanwhile, exercises his tighter writing style to nicely illustrate what’s going on without making the reader feel overwhelmed. And if you take a break between reading the first two books in the trilogy, don’t worry. As expected, there are a few scenes that serve as expositional exchanges more than anything else. For example, Picard and Wesley need to brief Starfleet admirals about the Devidian threat, a convenient way to catch the readers up, as well.

“Sensors are picking up five distinct masses emerging from the wormhole,” reporting O’Brien. “Cosmozoan life-forms. Their quantum signatures don’t correspond with that of our dimension. “Kira could hear the confusion in the engineer’s voice. “It’s like they’re here and not here all at the same time.”

“Giant snakes.” Quark gave a shudder. “The end of the universe is bad enough, do you have to bring gargantuan reptiles into it as well?”

Miles O’Brian and Quark assessing the Devidian threat in The Ashes of Tomorrow .

Whereas Ward’s book mainly focused on Captain Picard and the crew of the Enterprise-E as they established the temporal threat, Swallow gradually enlists more characters to fight alongside the heroes from Moments Asunder. It’s a huge cast list! Not only do you have Captain Picard and his crew, but we get Riker and his crew from the Titan; the surviving crew of the Aventine; the DS9 gang (including the entire main cast); Ro Laren; Spock (and, briefly, Saavik); Data (who is not part of Starfleet in this book) and his rebuilt daughter, Lal; and Tom Paris and B’Elanna Torres, among others – to say nothing of the Star Trek lit-verse characters established already in previous books. It’s an extraordinary list of people, and our minor criticism from Moments Asunder about the lack of a cast list carries over to The Ashes of Tomorrow. It would be super-helpful for even experienced Star Trek fans to get a handy list to reference in case they get overwhelmed.

With so many characters, you’d correctly guess that there’s plenty going on in the book. Readers are whisked from place to place as our heroes deal with fighting the Devidians (including a massive climactic battle at the entrance to the wormhole), arguing with Starfleet over how to respond, handling their own personal problems, or gathering allies. You definitely won’t get bored while reading The Ashes of Tomorrow. Before you know it, the book has rushed to its cliffhanger, making the month-long wait for the next entry all the more excruciating as our characters are about to embark to [REDACTED].

After reflecting on this book, this entry, perhaps more than its predecessor, is such a testament to Star Trek. Almost every era of Star Trek canon is referenced in some way, even if it’s something small, like an attack pattern named after Christopher Pike, or the fact that Nog’s ship in this book is a California-class (of Lower Decks fame). It’s clear James Swallow, working with his fellow authors, has a clear appreciation for just how much Star Trek lore they are playing with. Die-hard Star Trek fans will surely appreciate the seriousness with which they take this responsibility. “Seriousness” is a key word here, because the events of this book directly, and often negatively, impact major people and places. Quite a few key characters die, and let’s just say an iconic Star Trek landmark is destroyed in the book’s epic conclusion, so… prepare yourself!

As the middle entry in a landmark trilogy, Swallow delivers in a big way. Not only does he aptly juggle more and more characters as the book goes on, but his concise writing style means The Ashes of Tomorrow is a more fluid read than its predecessor. Now it’s up to David Mack to bring home an epic conclusion to the Star Trek lit-verse, and if Mack delivers as Swallow has, fans will be all set.

The Ashes of Tomorrow is now available on Amazon, as well as the first book in the Coda trilogy, Moments Asunder. You can also pre-order the final book in the trilogy, Oblivion’s Gate.