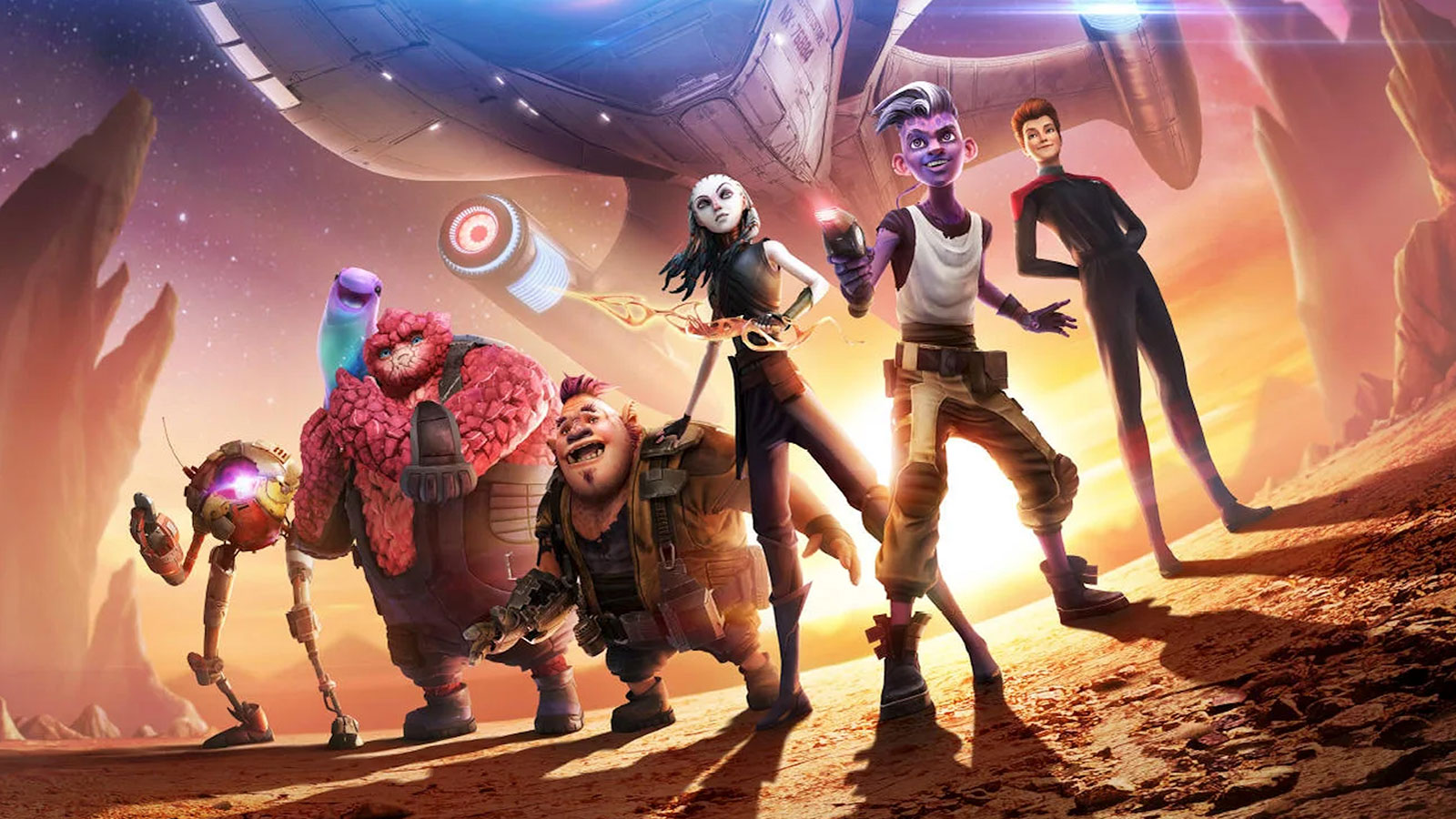 With just days until the premiere of the new animated series Star Trek: Prodigy, we have new details on the series and its first two episodes.

The series premiere, which is set to be released on Thursday, October 28th on the Paramount+ streaming service, will be a two-part episode titled “Lost & Found.” Written by series co-creators Dan and Kevin Hageman, the episode is directed by Ben Hibon and will introduce us to the main characters — including Dal, Gwyn, The Diviner and a holographic Kathryn Janeway.

Exiled on a mining colony outside Federation space, a group of lawless teens discover a derelict Starfleet ship. Dal must gather an unlikely crew for their newfound ship if they are going to escape Tars Lamora, but The Diviner and his daughter Gwyn have other plans.

The first season of Star Trek: Prodigy will be comprised of 20 episodes and will debut October 28th on Paramount+, prior to being broadcast on Nickelodeon. The series stars Kate Mulgrew as Kathryn Janeway, Brett Gray as Dal, Ella Purnell as Gwyn, Angus Imrie as Zero, Rylee Alazraqui as Rok-Tahk, Dee Bradley Baker as Murf, Jason Mantzoukas as Jankom Pog, John Noble as The Diviner, and Jimmi Simpson as Dreadnok and is being produced by Kevin Hageman and Dan Hageman, along with Ben Hibon.

Earlier this month it was officially announced that Robert Beltran will reprise his Star Trek: Voyager role as Chokatay on the series and will be joined by fellow guest stars Daveed Diggs as Commander Tysess, Jameela Jamil as Ensign Asencia, and Jason Alexander as Doctor Noum.

The first Star Trek: Prodigy trailer was released in July during San Diego ComicCon@Home. A new teaser for the series debuted during New York Comic Con earlier this month.