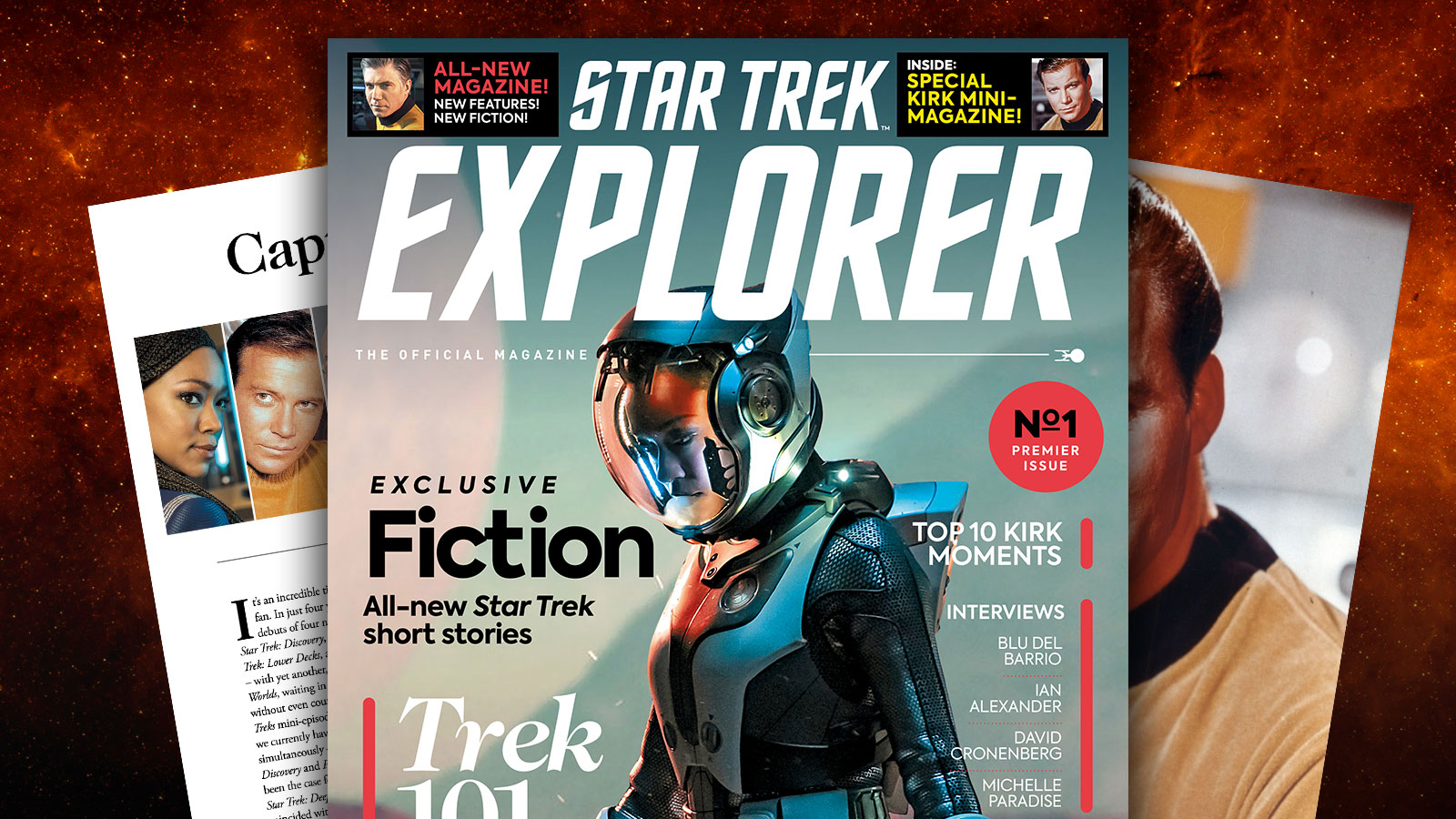 With three shows warping through our airwaves, a fourth show, and a movie in the works, we are truly living in the new golden age of Trek. To celebrate this era the relaunched Star Trek magazine, now renamed Star Trek Explorer, returns on November 16th with interviews, articles, fiction, puzzles and more!

As we previously reported back in August, the official Star Trek Magazine is being rebooted with a new look and a new name. Originally expected to arrive on November 2nd, the first issue of Star Trek Explorer is now set to be released worldwide in both physical and digital forms on Tuesday.

The first one-hundred-page issue includes interviews with Star Trek: Discovery stars Blu del Barrio, Ian Alexander, David Cronenberg, and showrunner Michelle Paradise. Celebration/breakdown/analysis articles like A definitive guide to Star Trek: Enterprise and Inside Trek: Captain Kirk are also included. A fun new addition that is sure to start some social media discussions, The Q Continuum is a part of Explorer as well. In each issue, prominent cast and crew members across Trek are asked a big question and their answers are published in the issue. In the first issue, they’re asked “Who Belongs In A Star Trek Hall of Fame?” and the stars respond.

The magazine is chock-full of high-quality photographs, exclusive artwork, quizzes, brainteasers, and much, much more! Subscribers receive an exclusive cover for each issue and along with the print magazine, they receive a digital supplement including two additional short stories. The premiere issue contains stories written by Lisa Klink and Christopher Cooper.

To celebrate the launch of the new magazine, we’ve partnered with Titan Publishing to give away a prize pack to a lucky TrekNews.net reader that will include a one-year subscription to Star Trek Explorer, the Star Trek Villains book, and a Star Trek t-shirt. Follow us on Twitter for additional details.

The giveaway is now live, so get on it!