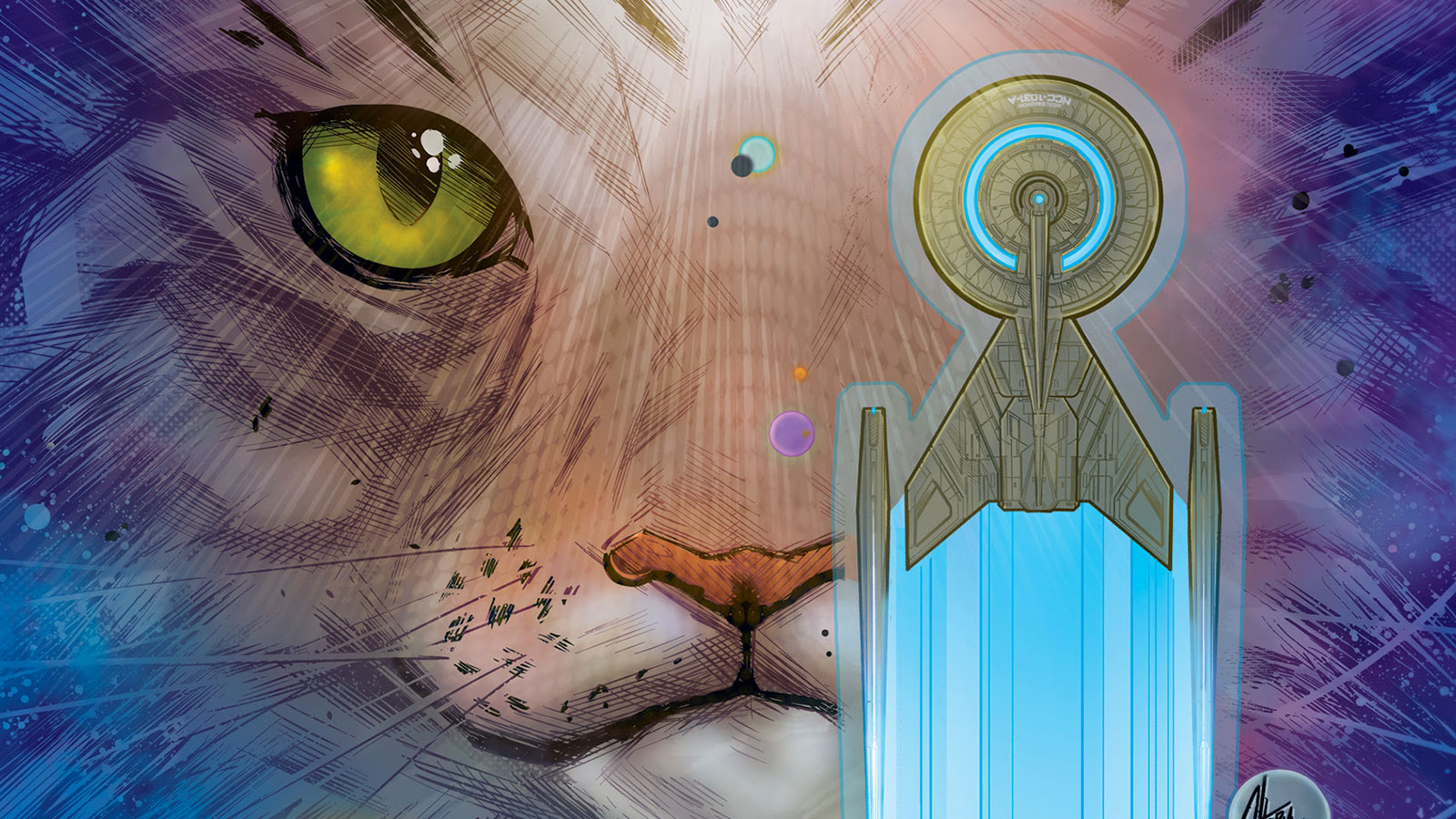 After leaving this timeline and warping far into the void for over three years, the crew of the U.S.S. Discovery returns to comics with a brand new miniseries. IDW has announced the launch of Star Trek: Discovery – Adventures in the 32nd Century, a four-issue series that will delve deeper into the lives of some of the lesser-explored members of the Discovery crew — beginning with the majestic feline, Grudge.

Co-writers Kirsten Beyer and Mike Johnson, who penned previous Star Trek: Discovery comic book series from IDW — including Light Of Kahless, Succession, and Aftermath, are returning for Adventures in the 32nd Century. Each issue, drawn by veteran artist Angel Hernandez, will be a one-shot and will focus on a myriad of characters, including Grudge, Ensign Adira Tal, Lieutenant Keyla Detmer, and Science Officer Linus.

The first issue of the new series will be available with two cover variants for retailers and fans to enjoy — Cover A by interior artist Angel Hernandez and a Retailer Incentive edition by Aaron Harvey.

“Discovery’s arrival in the 32nd century opens up a whole new universe of adventure for the crew, from the feline to the Saurian. It’s a blast telling stories eight hundred years in the future of Star Trek, where we really have never been before, exploring different facets of their lives,” says Johnson.

Johnson, Beyer, and Hernandez are among the cream of the crop of Star Trek comic creators. Mike Johnson’s resume predates the 2009 Star Trek reboot film, for which he wrote the prequel comic Star Trek: Countdown. Angel Hernandez’s experience dates back even further. He drew Star Trek comics for IDW well before the cinematic relaunch. Kirsten Beyer is one of the founders of the new landscape of Trek shows. She was one of the writers on season one of Discovery and is also considered a co-creator of the Star Trek: Picard series.

“It’s no secret that Star Trek: Discovery’s television series has an amazing cast of characters, and being able to translate those characters and their stories into the comics is a real treat for not only the fans but also us as well,” says editor Heather Antos. “Diving deeper into Queen Grudge’s mind, to Adira’s relationship with Gray and more, Star Trek: Discovery – Adventures in the 32nd Century gives readers an incredibly detailed perspective of these fan-favorite characters.”

There is no word on a release date yet or how this coincides with the announcement of the other series of one-shots coming in 2022, beginning with Star Trek: Klingons in February. I sincerely hope and pray to Kahless that Antos, the editor behind both these miniseries, is also working on a longer series that would tell an overarching story like the brilliant Star Trek: Year Five.

For information on how to acquire Star Trek comics and graphic novels from IDW, please contact your local comic shop or visit comicshoplocator.com to find a store near you.

In this article:Comics, Star Trek: Discovery