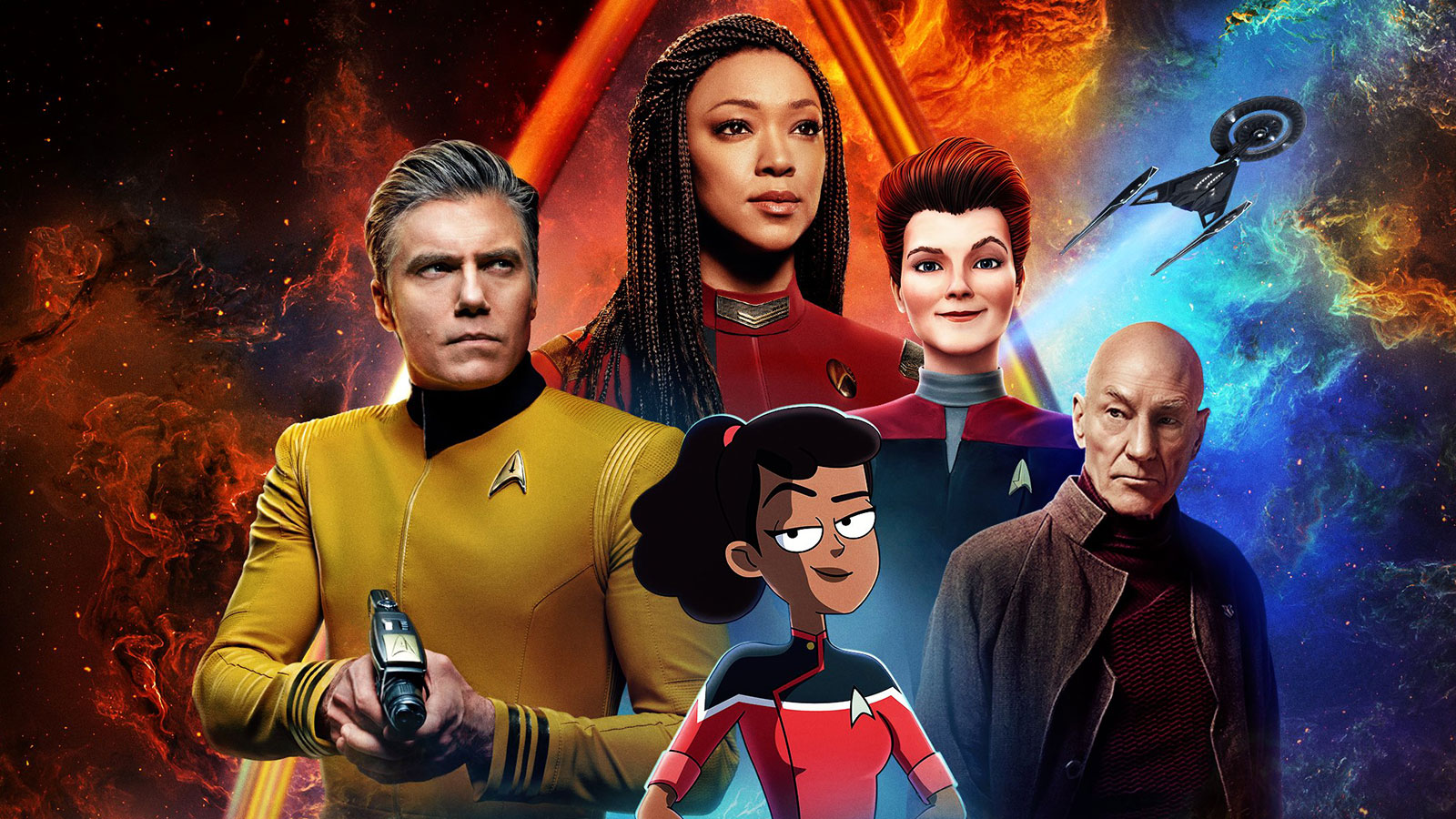 ViacomCBS has announced a slew of upcoming premiere dates and renewals for the series that comprise their “Star Trek Universe” programming through the Paramount+ streaming service.

Star Trek: Discovery season four, which has been on mid-season hiatus following its seventh episode, will return on Thursday, February 10th. The series has also been picked up for a fifth season.

The second season of Star Trek: Picard will premiere on Paramount+ on Thursday, March 3rd. Following the premiere, new episodes will drop weekly on Thursdays. Production on season three is already underway.

The highly-anticipated Star Trek: Strange New Worlds series will premiere on Thursday, May 5th. The series has also been renewed for a second season.

The third 10-episode season of Star Trek: Lower Decks will premiere in the summer of 2022. The series has also been renewed for a 10-episode-long fourth season — likely airing in 2023.

New episodes of Star Trek: Prodigy, which is currently airing on Paramount+, will run through February 3rd. The additional 10-episode-long second half of season one will be available on Paramount+ later in 2022.

Star Trek franchise chief Alex Kurtzman said the following in a statement that accompanied the announcements:

“Four years ago, we made a promise to grow ‘Star Trek’ into something it had never been before, and thanks to the incredibly hard work done by our many talented showrunners, writers, and directors, along with the extraordinary support of CBS Studios and Paramount+, we’re keeping our word,” said Alex Kurtzman, architect and executive producer, “Star Trek” franchise. “Now our current shows are set up for the future as we work to build ‘Trek’s’ next phase of programming for years to come.”

Needless to say, there is a lot of new Star Trek headed our way — and we are here for it.

Which series are you most looking forward to? Tell us in the comments below.