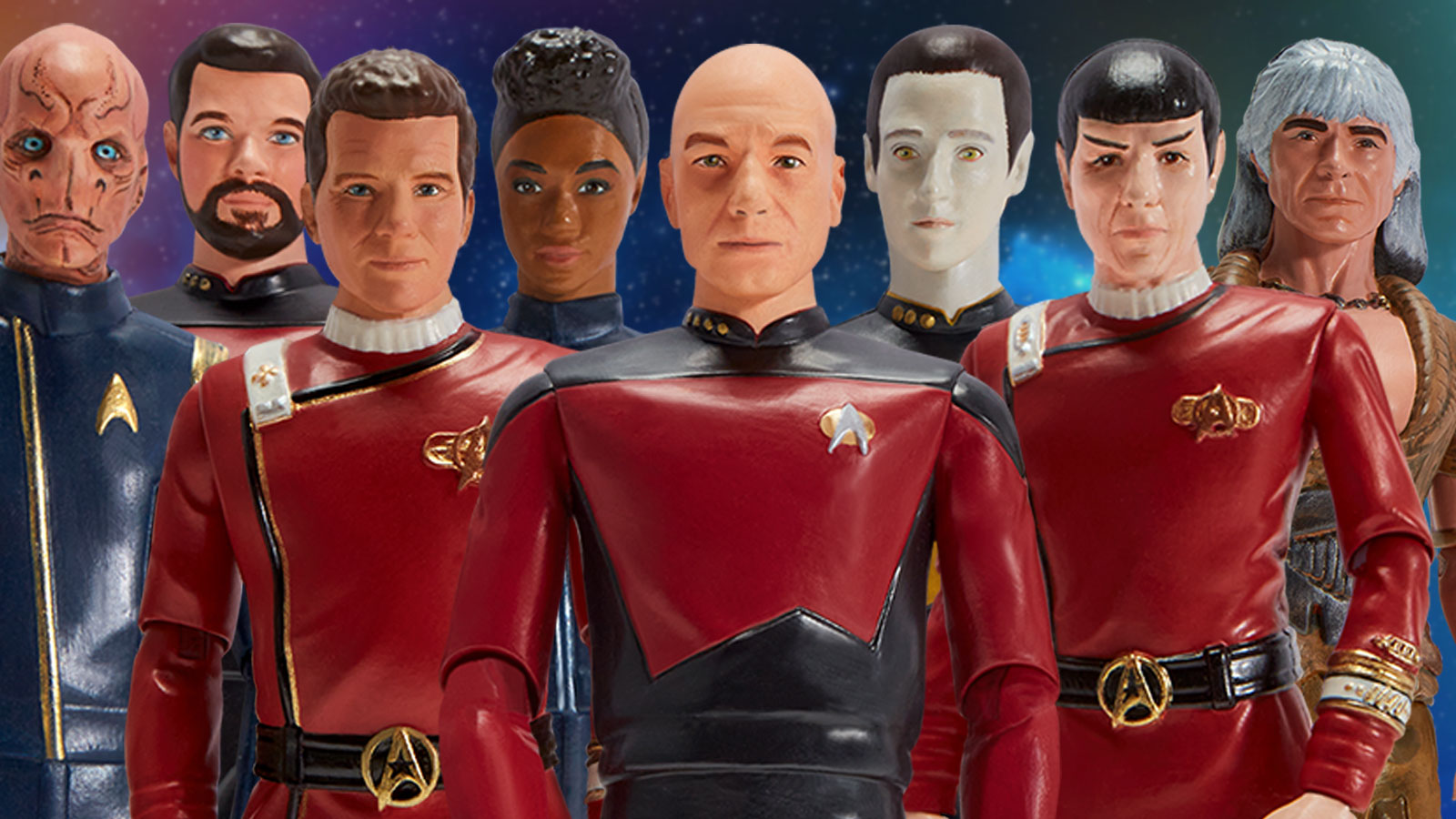 While Star Trek continues to go boldly into the future with a variety of new series and season renewals, an old ally of the franchise is returning with a new line full of collectibles later this year.

Playmates Toys announced today that some of our favorite characters from Star Trek: The Next Generation, Star Trek II: The Wrath of Khan, and Star Trek: Discovery are beaming down to online retailers and brick-and-mortar stores with an all-new line called the Star Trek Universe collection. Five-inch scale action figures with 14 points of articulation, phasers, and starship models are the announced collectibles in the initial lineup coming later this year — with more slated for release in 2023.

The first wave in the Star Trek Universe collection, available online in July and in stores this fall, will include the following 10 characters and items:

Perhaps most intriguing is the announcement that The Next Generation and The Wrath of Khan figures will be displayed in retro “nostalgic” packaging — a trend that has been very popular for toy companies as of late and includes some of Playmates’ other lines. Hasbro with Star Wars: The Black Series and The Vintage Collection, along with Marvel Legends, G.I. Joe and Ghostbusters, Mattel with Masters of the Universe Origins, and Playmates with their own Teenage Mutant Ninja Turtles line have all appeared in toy aisles the last few years with collectibles that look, feel and are packaged in ’80s and ’90s-style cardbacks and boxes — marketing primarily to adult collectors who first fell in love with toys back in those decades as children.

Representing TNG in the first wave of figures will be Commander William Riker, Captain Jean-Luc Picard and Lt. Commander Data.

The Wrath of Khan turns forty this year and Playmates bringing the heroes and the villain of the film in figure form will certainly be part of the film’s anniversary celebrations. Khan Noonien Singh, Admiral James T. Kirk, and Captain Spock are slated for later this year.

It’s not all nostalgia for the Star Trek Universe Collection, however as Star Trek: Discovery I also represented with two of the series’ key players Commander Saru and Science Officer Michael Burnham. Sized at the same scale but in new packaging, the current Star Trek series’ characters will stand next to legends from TNG and The Wrath of Khan.

Playmates’ first wave of Star Trek figures were released throughout the 90s and included figures from The Original Series, The Next Generation, Deep Space Nine, and Voyager until the line was discontinued in 1999. The company briefly released figures from J.J. Abrams’ 2009 Star Trek film, prior to the license being picked up by Diamond Select, and most recently by McFarlane Toys.

The first wave of Playmates Toys’ Star Trek Universe Collection is now available to pre-order on Entertainment Earth with shipping scheduled for July.