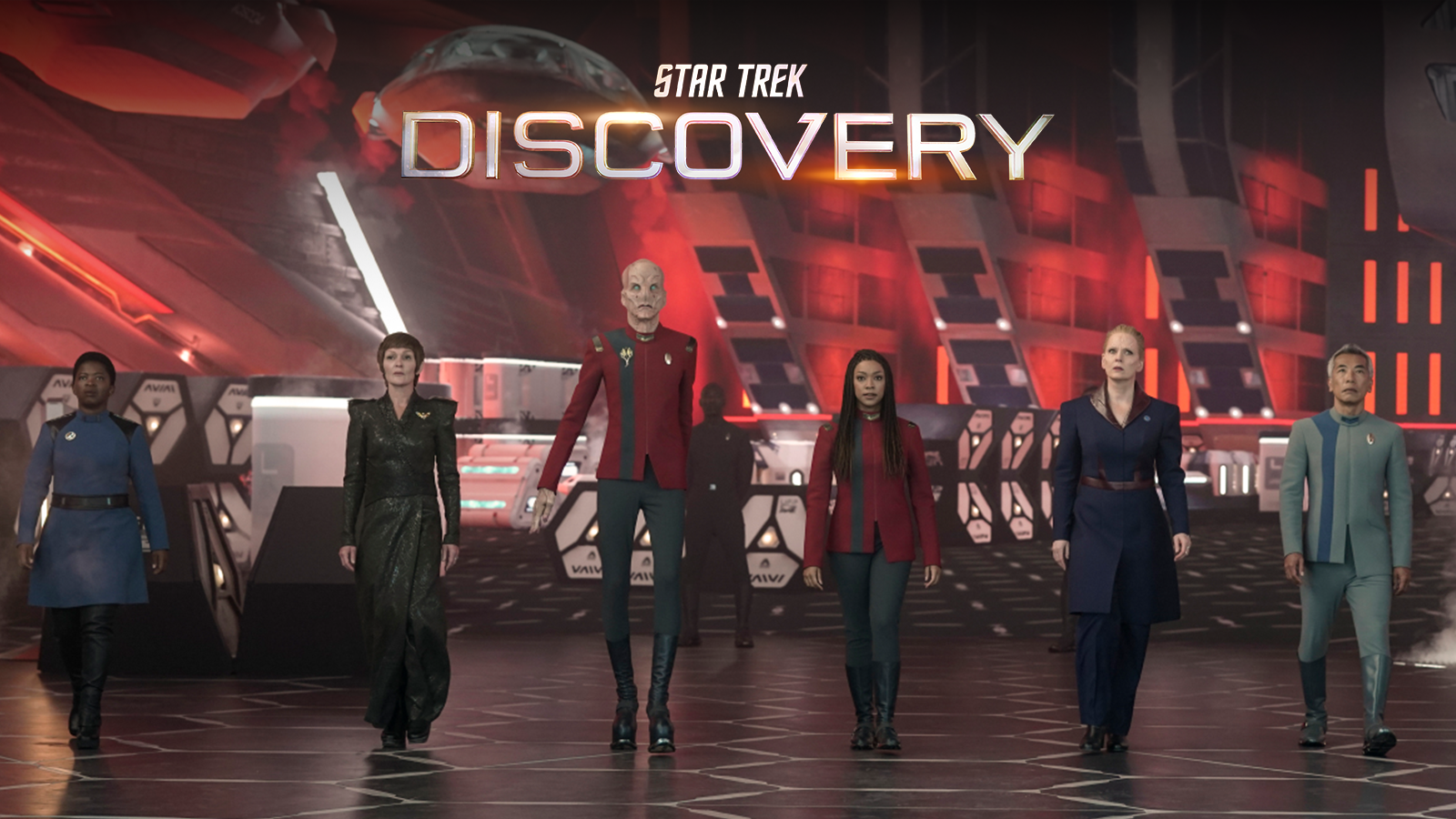 Star Trek: Discovery returns this week with the twelfth episode of season four “Species Ten-C”, premiering Thursday, March 10th alongside a new episode of Star Trek: Picard. We’ve got eleven brand new photos and a preview from the episode below.

“Species Ten-C” is written by Kyle Jarrow and directed by Olatunde Osunsanmi.

As the DMA approaches Earth and Ni’Var, Captain Burnham and the crew of the U.S.S. Discovery attempt to make First Contact with the powerful species responsible before it’s too late.