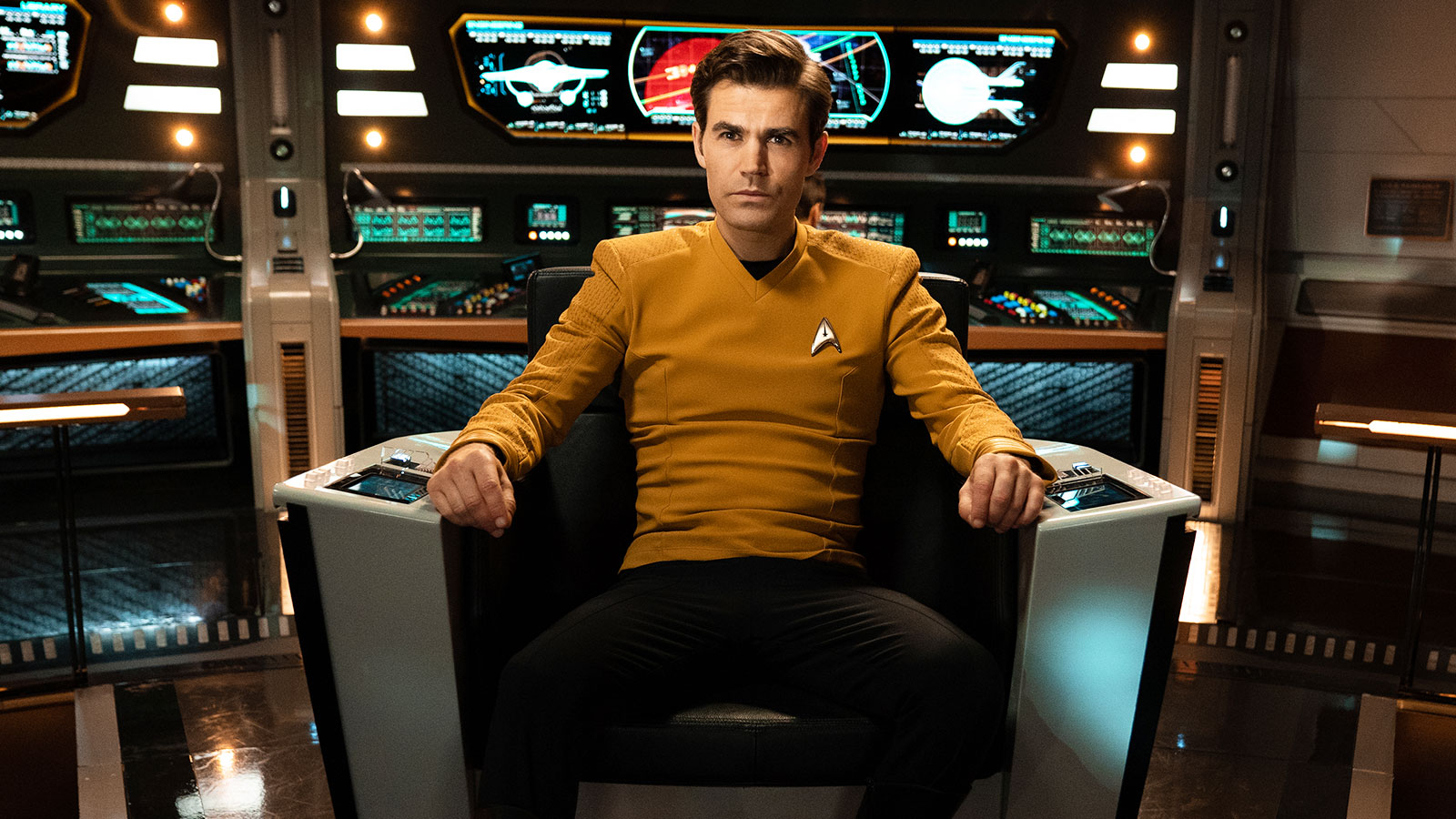 Officially announced as joining Strange New Worlds back in March, it was originally thought that Wesley would appear in the second season of the latest Paramount+ Star Trek series. However, Wesley made a surprise appearance as Kirk in the first season finale “A Quality of Mercy” and played a very pivotal role in the episode.

While Wesley will surely be seen throughout the series’ upcoming second season, these new photos — in addition to his appearance in the finale itself — give us our best look at him as the iconic Starfleet Captain.

Check out nine new photos (along with one previously released photo) of Paul Wesley as Kirk below.

Wesley joins a shortlist of actors who’ve played an adult Kirk — a character made famous by William Shatner in the original Star Trek series and the first seven feature films. In recent years, Kirk was portrayed by Chris Pine in J.J. Abrams‘ “Kelvin Timeline” films, including 2009’s Star Trek, 2012’s Star Trek Into Darkness, and 2016’s Star Trek Beyond.

Prior to Strange New Worlds, Wesley is best known for his portrayal of Stefan Salvatore on The Vampire Diaries and as Tucker Reed on Tell Me a Story.