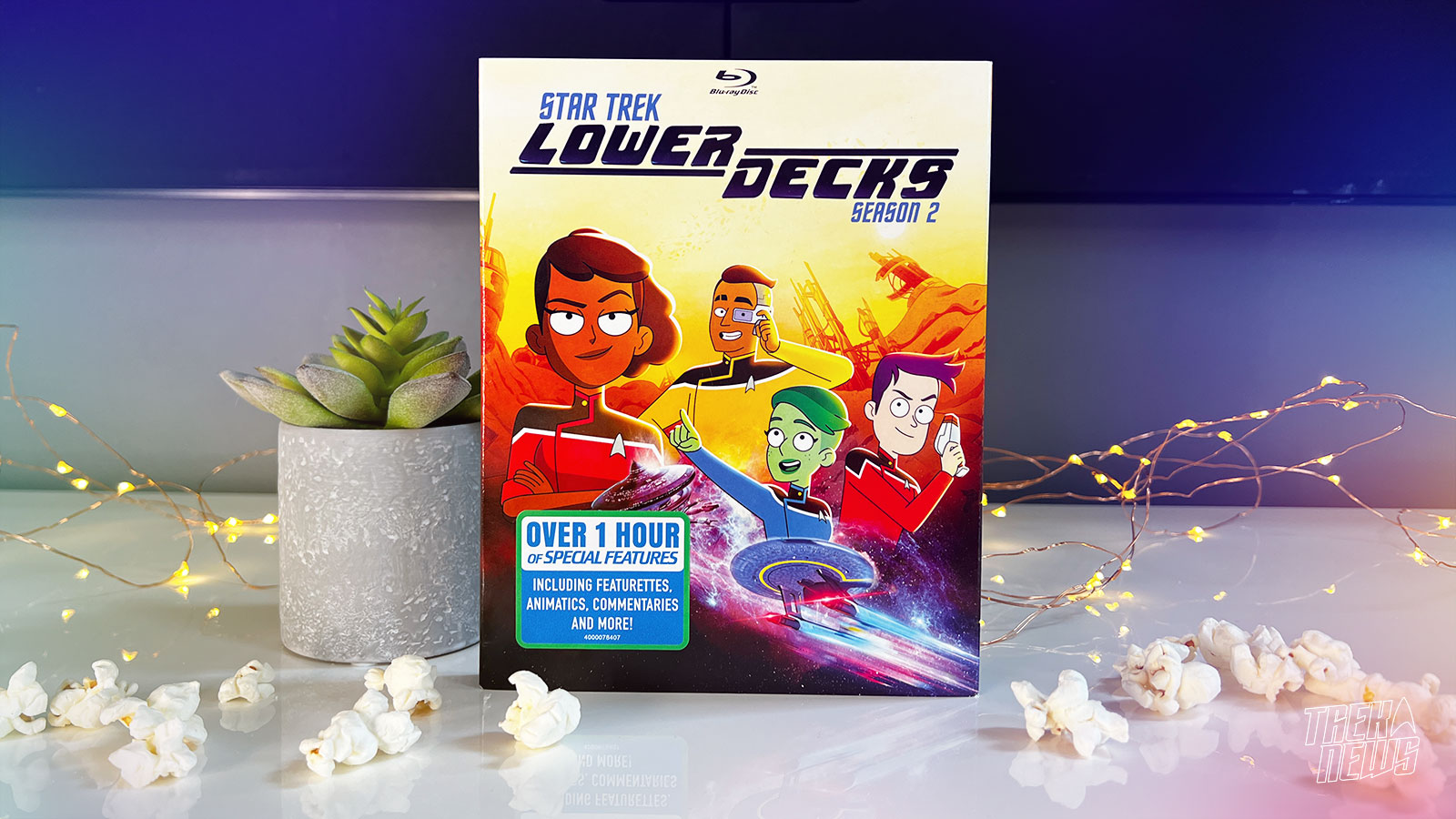 It seems like forever ago since Star Trek: Lower Decks finished its second season run, but it was only last year that we were continually praising this show’s sophomore outing. Now, the second season comes home to media shelves, and we’re happy to say this release is better than its predecessor – although admittedly that wasn’t terribly hard to do.

Our main critique from the season one home release was that there weren’t any episode commentaries, which was a real miss considering how comedic we’re sure such commentaries could have been. In the season two home release, commentaries do indeed exist, but not for the entire season. Why only certain episodes received audio commentaries is anyone’s guess; maybe the eventual season three release will feature full-season commentaries.

We should note that some of the commentaries sound as if the audio from the commentators is being recorded from Zoom or some other non-professional source, which is likely indeed how these commentaries were produced. It doesn’t make for the best audio quality, but we’ll take what we can get.

Just one example of some gold these commentaries offer: Jonathan Frakes, in the commentary for “Kayshon, His Eyes Open,” accidentally lets slip a spoiler for “another Star Trek show,” which we can only presume is Star Trek: Picard season three. Don’t worry, the slip is bleeped out, but you should check out the commentary and form your own theory as to what Frakes could have said.

The full list of special features in this release are as follows:

We must say we are thrilled that this release spotlights this show’s award-winning audio team. Sound design and production are often overlooked aspects of television creation. Rest assured, there are some hidden nuggets of behind-the-scenes information that make this special feature worth a watch. Likewise, this show is known for its incredibly dense selection of Star Trek easter eggs, so having a feature dedicated to that aspect of the season makes total sense.

The “Lower Decktionary” feature is perhaps the centerpiece of this release, and like its same-named predecessor in the season one Blu-ray, is well worth the 32 minutes. We get to hear from most cast members about their characters in season two, although we did note the absence of Jerry O’Connell (Commander Jack Ransom) and Dawnn Lewis (Captain Carol Freeman) from this feature. Creator Mike McMahan walks viewers through key plot beats in the season and provides some welcome context for such creative decisions. Like the audio commentary quality, the video quality of certain interviews with certain cast members here varies, but generally, it shouldn’t bother the viewer.

Overall, and as expected, the home release for Lower Decks season two is a great way to watch or re-watch this fantastic show – just in time for the third season, which premieres sometime this year. Along with the expected healthy selection of special features, this release, unlike the season one Blu-ray that might be on your media shelf, will treat you to audio commentaries. This addition alone should secure this Blu-ray a place on your media shelf. Here’s to hoping that next year’s season three release will improve on its predecessors even more by offering commentaries for every episode.

You can order the Star Trek: Lower Decks season two Blu-ray on Amazon.