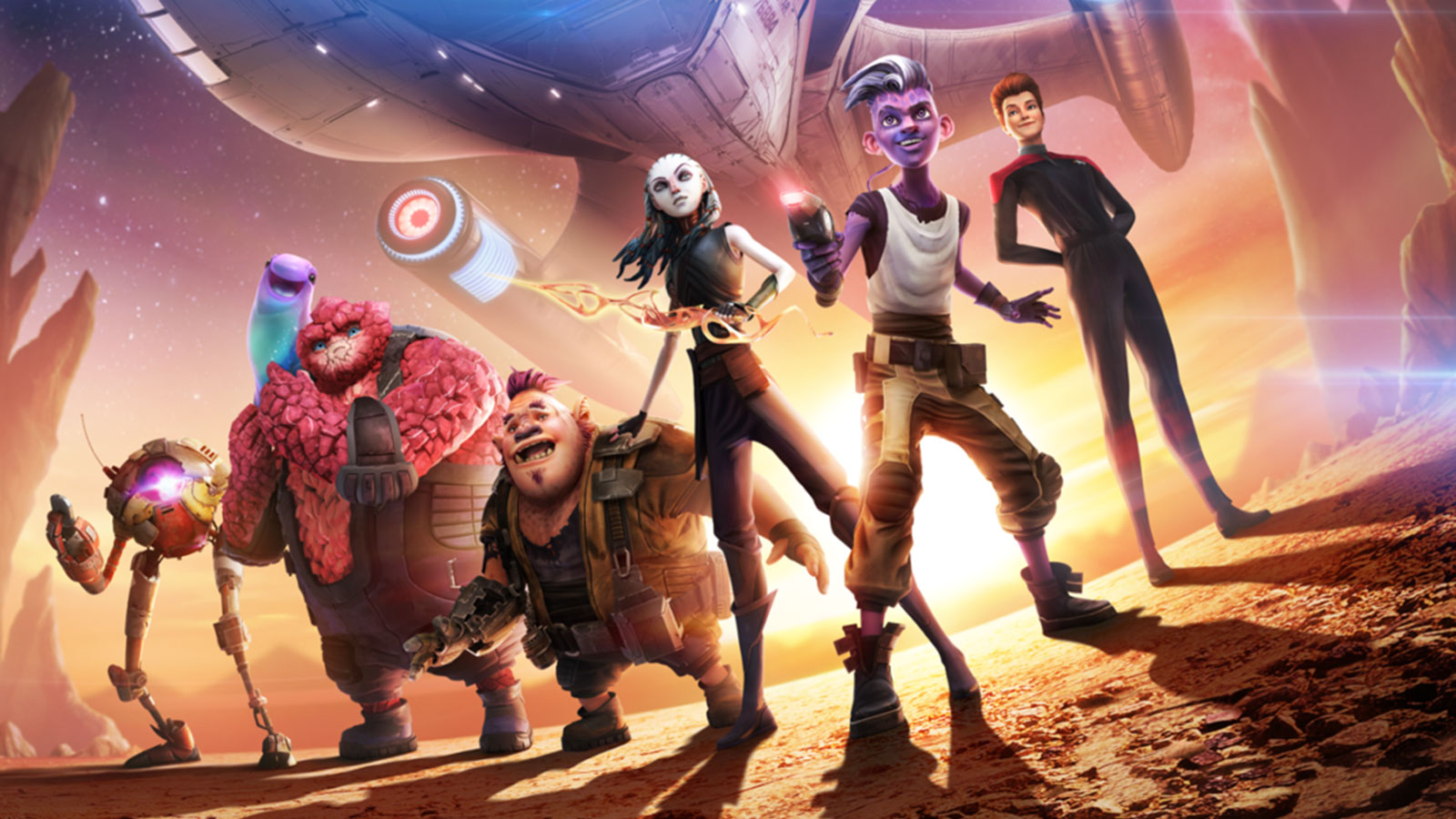 The twin-stick-shooter-style gameplay shows two-player action as Gwyn and Dal fight familiar enemies from the television show. The gameplay shown in the video appears to be from Nintendo Switch.

Check it out for yourself below.

“After the U.S.S. Protostar picks up strange readings from a dying star, Dal and Gwyn must race against time to save their friends, their ship, and an entire planetary system before a supernova destroys them all! Using their unique skills to overcome ingenious puzzles, endure hostile environments and battle deadly robot armies, Dal and Gwyn must save their captured crewmates Jankom Pog, Rok-Tahk, Zero, and Murf. But they soon encounter a deadly new enemy, one that will stop at nothing to destroy the U.S.S. Protostar and change the very course of history!”

The game launches on October 14th on Stadia, Nintendo Switch, PlayStation 4, PlayStation 5, Steam, and Xbox One Series X/S. In-depth details were first revealed back in May.

Star Trek: Prodigy – Supernova for Nintendo Switch, Xbox One and Playstation 4 is available to pre-order on Amazon.

Are you excited about the game? Do you plan to purchase it? Tell us in the comments below.