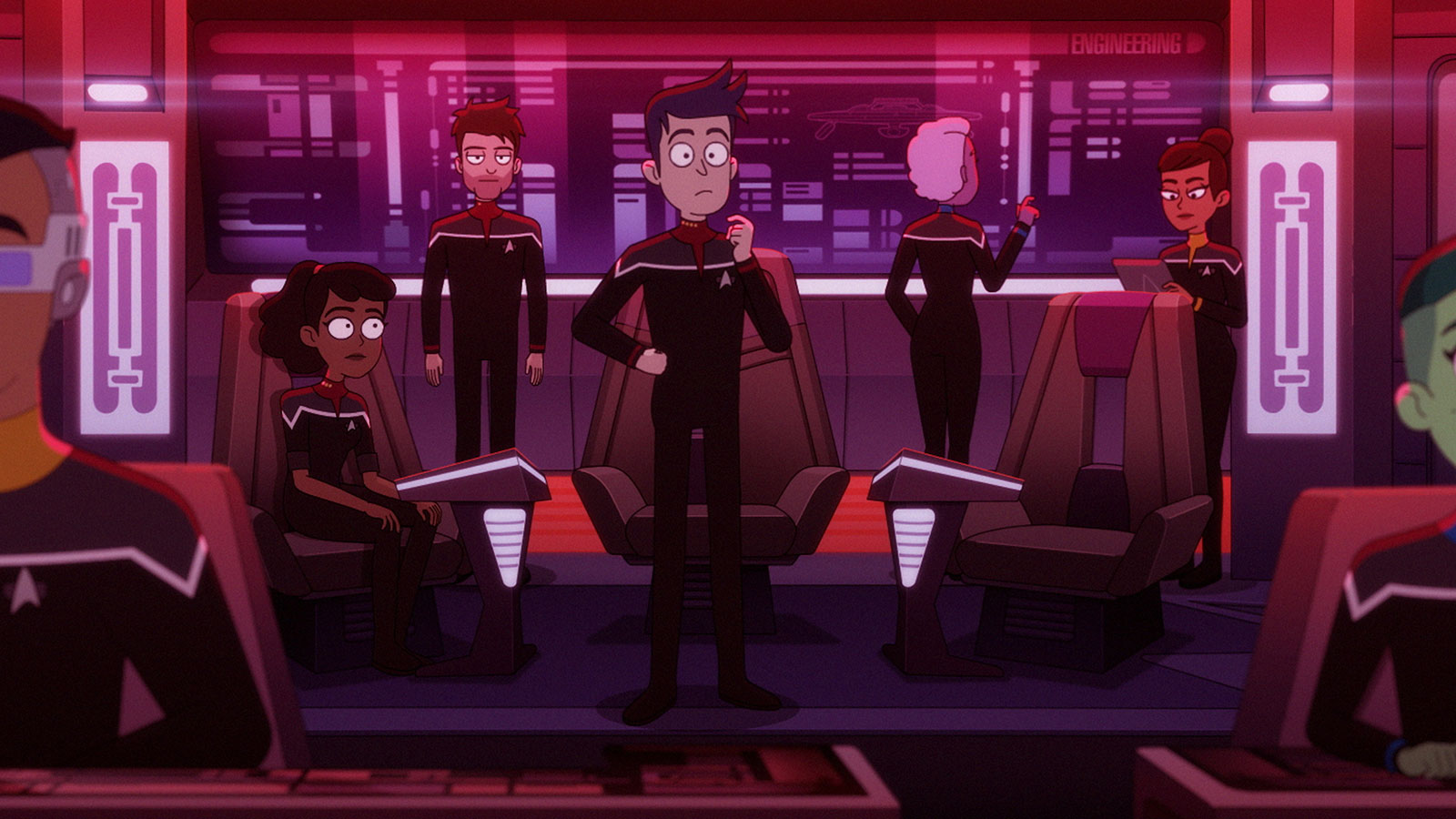 Star Trek: Lower Decks returns on Thursday (October 13) with the eighth episode of season three “Crisis Point 2: Paradoxus” — a sequel to the series’ first season episode “Crisis Point”. We have your first look with a clip from the episode and new images below.

The episode is written by Ben Rodgers and directed by Michael Mullen.

Boimler’s holodeck movie sequel tries to live up to the original.