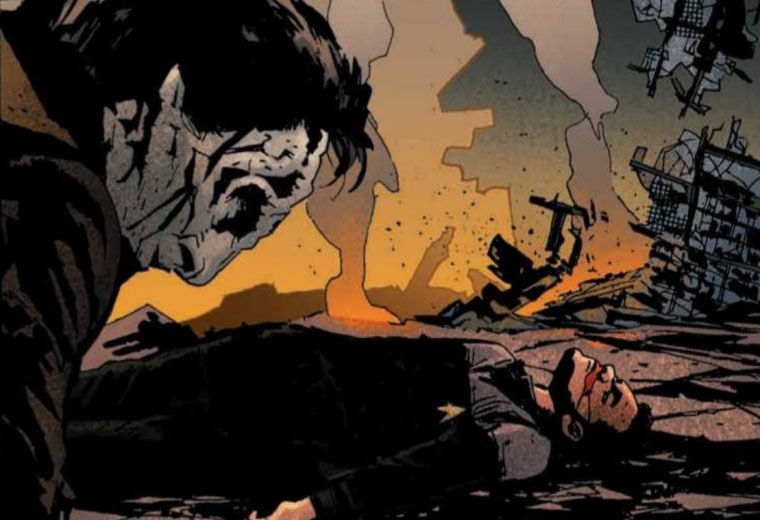 An explosion in the Promenade has rocked Deep Space Nine. Odo sets out to find who set up the bomb and what their next target is, while sinister forces linger in the shadows, waiting for just the right moment to strike again.

With an unapologetically dark opening, great art and excellent storytelling from the creative duo Scott and David Tipton, TOO LONG A SACRIFICE #1 is an intriguing joyride through the halls and hearts of Deep Space Nine. 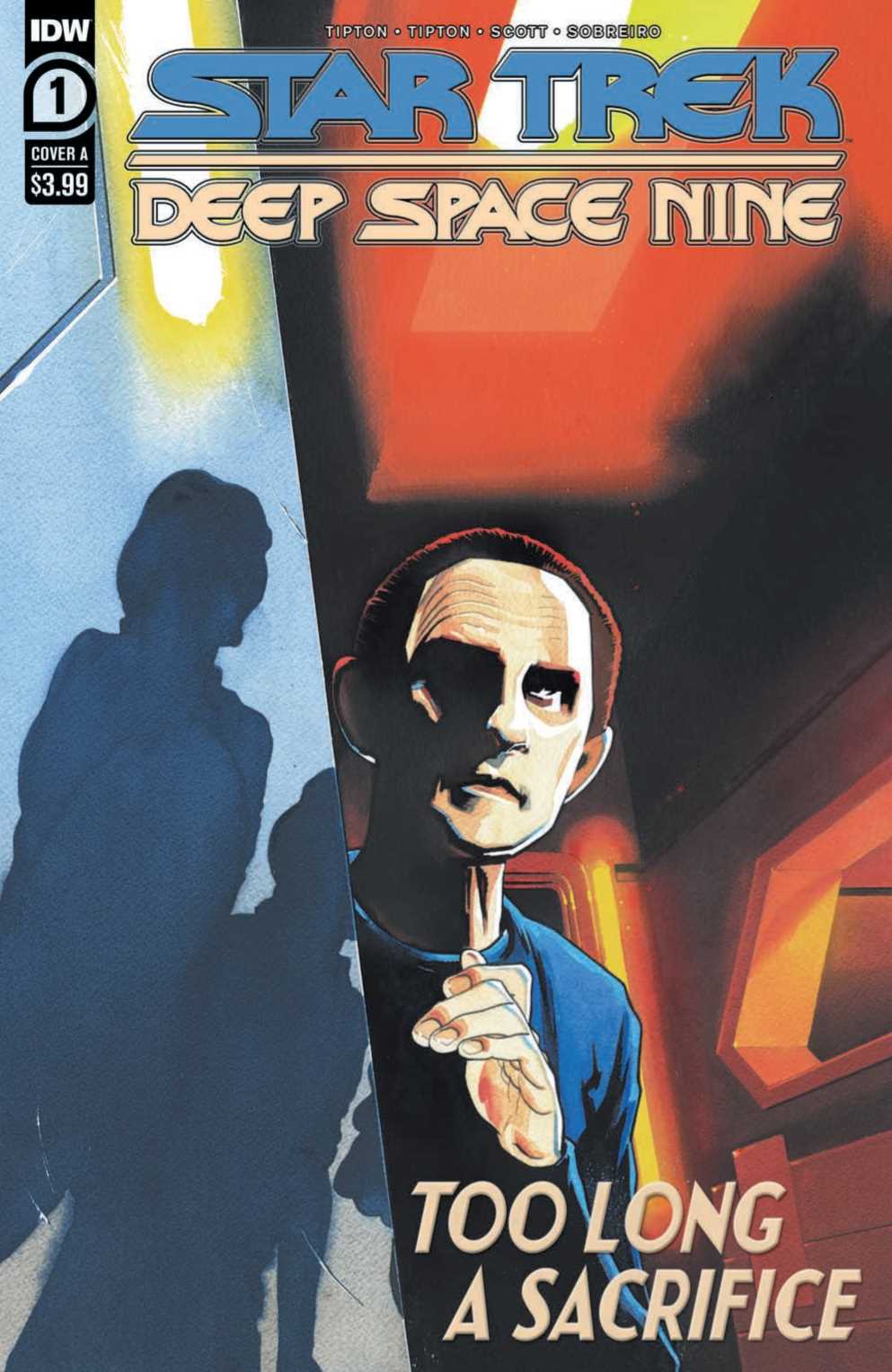 STAR TREK: TOO LONG A SACRIFICE #1 cover by Ricardo Drumond

Who doesn’t enjoy a trip back to Deep Space Nine? Evidenced by the smashing success of the DS9 documentary “What We Left Behind,” the correct answer to that is just about everyone. But since IDW received the Star Trek license over a decade ago, there have been few stories told by them aboard our favorite space station. A short comic here and there, a part of the huge ensemble in The Q Conflict are all that we have gotten from them so far. The architecture, the ship designs, the diversity of aliens all make DS9 a cornucopia of treats for the comic book genre. What We Left Behind even used a comic book inspired animation style to tease the story for DS9’s eighth season, which for this reviewer was a strong push to the “bargaining” stage of grief ever since the show ended. If IDW can rope Ira Steven Behr to write a series, how great would it be to experience the continuing stories of our DS9 crew in comic book form…

I digress. Too Long a Sacrifice #1 is great.

The Dominion War rolls on. Life continues as normal on DS9, or what can be construed as normal for that time anyway. In a restaurant at the Promenade, Bashir and Garak sit down to catch up on the developments surrounding the war. Minutes later, a bomb explodes a few tables away from them.

After the dust settles, Odo is tasked with solving the mystery but time is not his, or our crew’s side. Everyone’s a suspect.

Scott Tipton and David Tipton have been writing Trek comics for decades now and while they seem incapable of telling a bad story, their series fall in either the good or great territory. Too Long A Sacrifice is already skirting the great territory.

Mirror Broken, the Tiptons’ finest hour, remains the best Star Trek comic ever produced and if we all continue to be extra good Trekkies and Trekkers maybe they will bring us more stories featuring the maniacal Mirror Empire gang. With this series the duo venture into the whodunit genre territory and the results are, unsurprisingly, great. 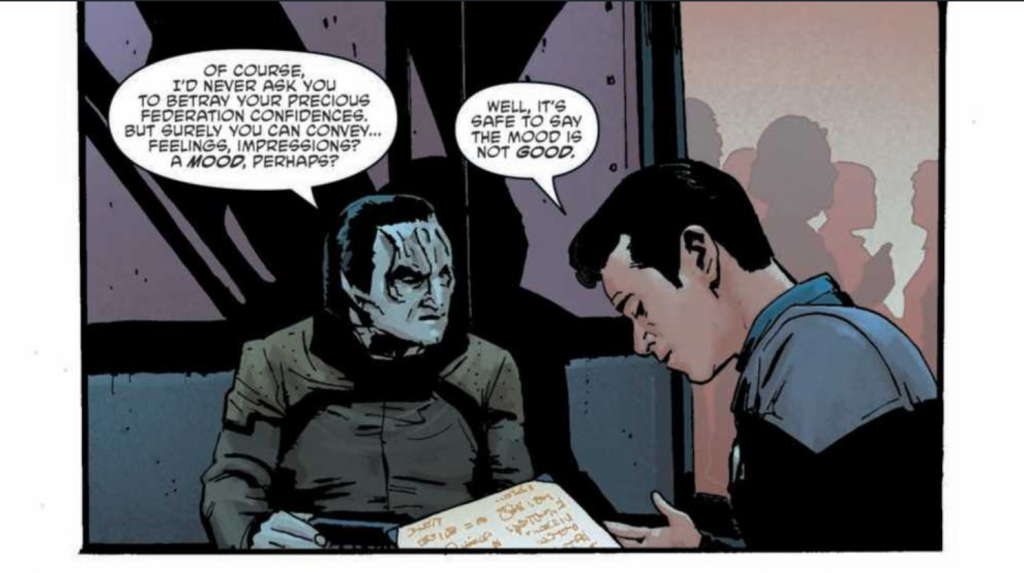 The Tiptons continue to prove that they understand the Trek pantheon deeply enough to tell stories about the central characters that each of them feel like they belong in. At the center of the story is Odo which feels especially timely since Rene’s passing in Dec 2019. If this series is intended in part to be a tribute to Odo and the man who bought him to life, few could have done better than the Tiptons do at reminding us how powerful Odo really is. 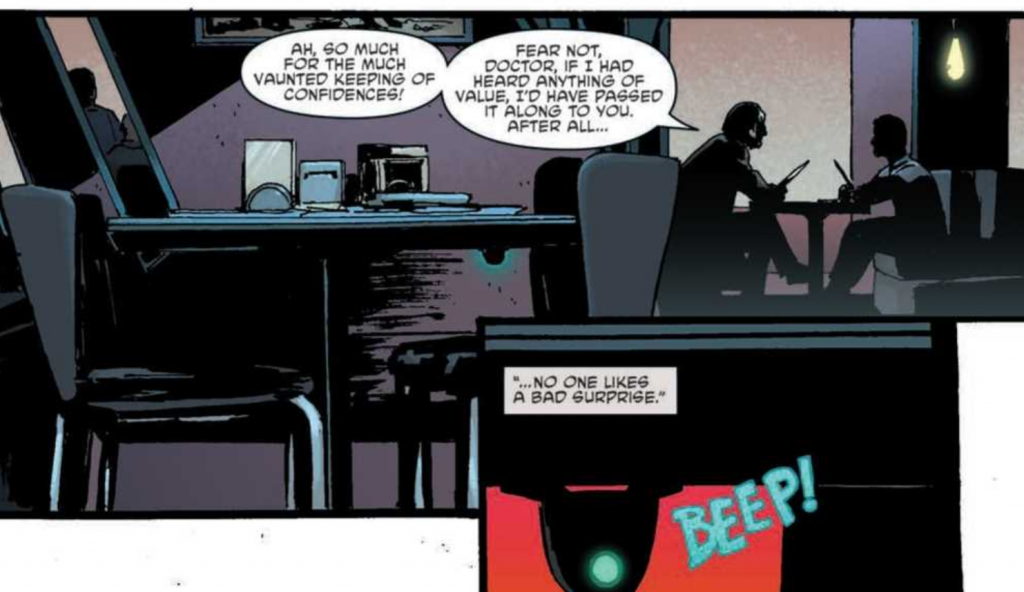 Also returning are the Tiptons’ trademark Tiptonisms. The Tiptons use a distinct trait while deploying word bubbles in their pages. In every comic they write there are panels in which the word bubbles are stretched to their limit, sometimes taking up more than thirty words in a single bubble. They didn’t make the letterer Neil Uyetake’s job easy, but looks like Uyetake handled it just fine.  Showing any of those Tiptonistic panels from this comic would be delving into spoiler territory, so instead, here’s a relevant panel from Mirror Broken: 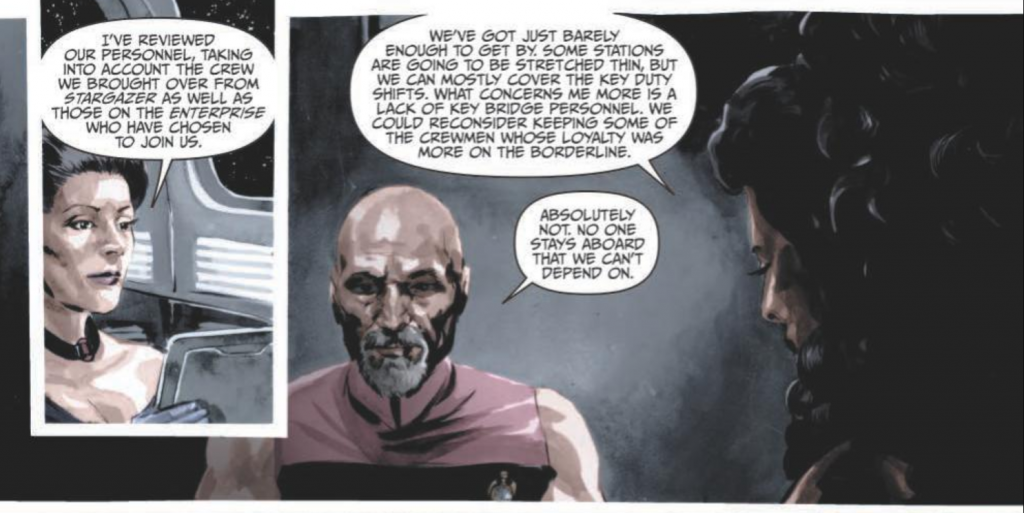 Tiptonisms to me have progressed from being indifferent to mildly annoying to now a trait I look forward to in their books. Ultimately, it’s more good dialog. It’s more bang for my latinum. 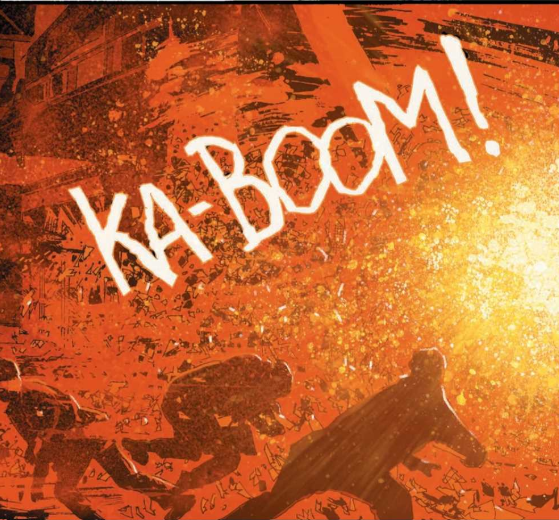 Speaking of bang, boy does Greg Scott know how to make an entrance! He has not drawn Star Trek art since Marvel had the franchise in the eighties/nineties so seeing him back is a genuine pleasure. Scott and colorist Felipe Sobreiro use the grimmer visual design and the shadow-filled hallways of the station to their advantage since, at the heart of this story, is a terrorist attack.

Greg’s pencils go beyond doing justice to our heroes, they celebrate them. Every character behaves and moves like they did on the show and if you flip the pages really fast and make the panels move in your mind, issue 1 feels like the first quarter of a really fun DS9 episode.

While we don’t know what lies on the tricky road ahead for Odo and our crew, if issue 1 is any indication, the Tiptons and Scott, while holding the fates of our beloved in their hands, seem determined to tell an unforgettable, entertaining story. 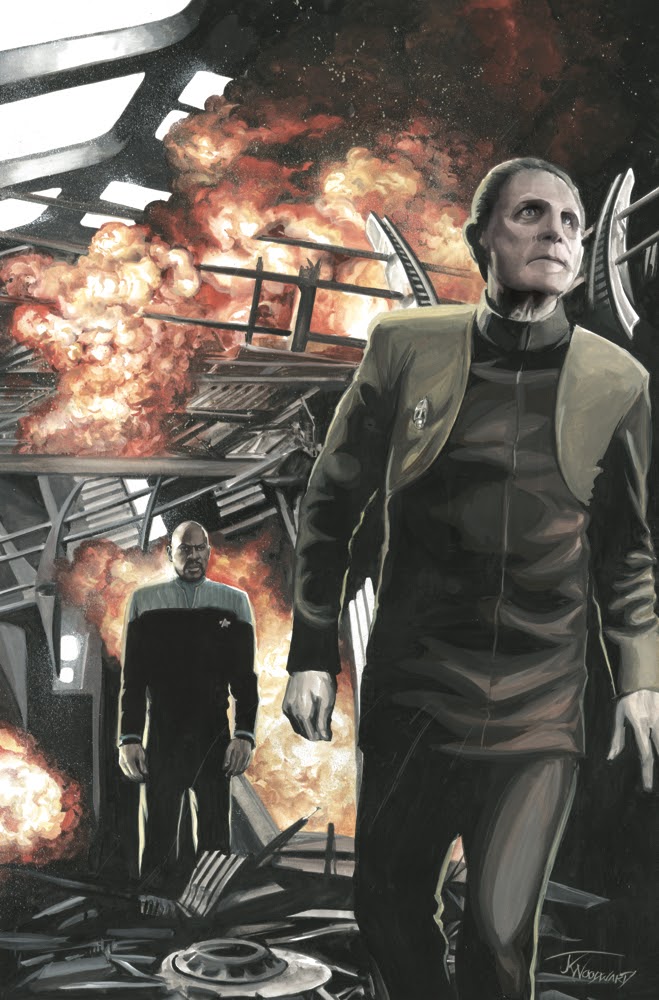 Stay tuned to TrekNews.net for all the latest news on Star Trek comics, along with Star Trek: Picard, Star Trek: Discovery, Star Trek: Strange New Worlds and Star Trek: Lower Decks. Connect with us at @TrekNewsNet on Twitter, @TrekNews on Facebook, and @TrekNews on Instagram.