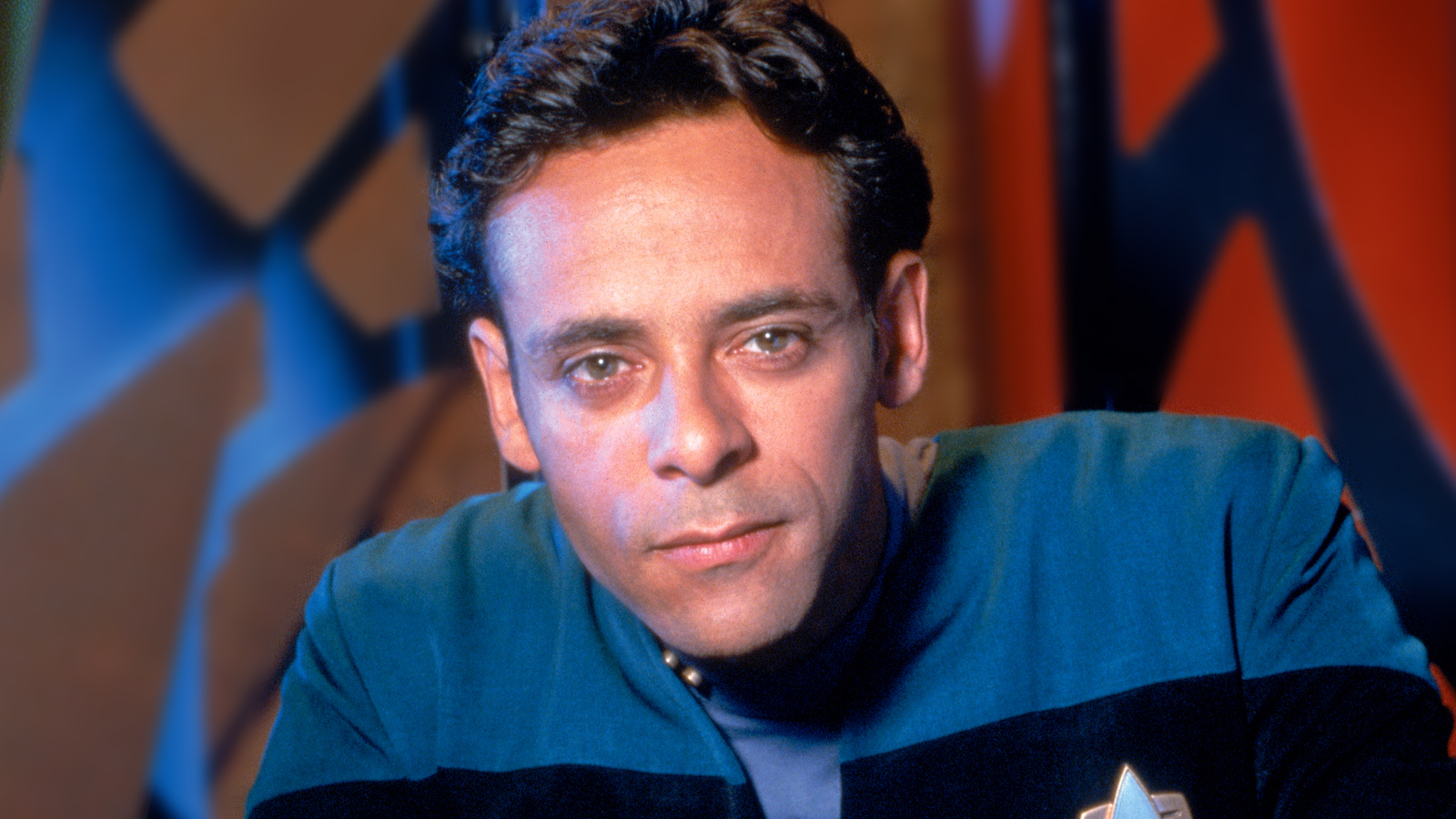 Alexander Siddig, who played Dr. Julian Bashir on Star Trek: Deep Space Nine for seven seasons, has stayed busy with a multitude of projects since wrapping up on the series 22 years ago. With work in television and feature films, ranging from 24, Game of Thrones, and Gotham, to Kingdom of Heaven, Hannibal and Clash of the Titans, the seasoned actor shows no signs of slowing down. His latest project Skylines, the third and final installment in the Skyline film series, harkens back to his science fiction roots on DS9 with the character General Radford. Siddig recently sat down with TrekNews.net to discuss his time on Deep Space Nine, appearing at conventions, a possible return to Star Trek, and compares Bashir to Radford.

Hi, Alexander. Thank you for taking the time to chat with us today! Let’s kick things off with a couple of Star Trek questions:

Deep Space Nine has had a major resurgence in popularity in recent years — due in part to the release of Ira Steven Behr’s What We Left Behind documentary, along with the series’ availability on DVD and multiple streaming services. Being such a major part of the show, as Dr. Bashir, how do you look back on DS9?

I look back on the series with great affection. I remember that as soon as it finished, I was relieved that it was over because I was itching to get on with life and was feeling out of place in Los Angeles among all the glamorous people there jostling for attention, but as my fledgling career started to take shape and I could achieve some sense of perspective, I realized how ridiculously lucky I was to have been part of such a noble enterprise.

In the documentary, a hypothetical eighth season was discussed in some detail. What would have you liked to have seen happen to Bashir if the series had continued?

Bashir had been recruited by Section 31 by the end of the seventh season. It would have been really interesting to see how the sometimes antithetical elements of that shady life might have caused real problems for him as a man of medicine. Also, his genetic enhancement and the internal struggles he may have had once that secret was out might have interesting to explore.

There’s been rumors and some vocal desire to see the series remastered and released in high definition. Have you heard anything about DS9 in HD and do you think we’ll eventually see that happen?

I don’t know anything about that. I remember that we switched to filming the show in an HD-ready format during the run of the show.

[Read our interview with Robert Meyer Burnett discussing some of the complications in releasing Deep Space Nine and Voyager in HD.]

Prior to the pandemic, you attended quite a few Star Trek conventions over the years and got to see first-hand the appreciation fans still have for DS9. Have you had any memorable experiences at conventions and is attending them something you miss?

I had so many memorable experiences, some life-affirming, others, not so much: stalkers, lurkers… I kind of worry for some of the vulnerable people I met and shared a laugh and hugs with so many others. The fans make Star Trek what it is.

What do you think Bashir would be doing now, more than two decades after leaving space station Deep Space Nine (following the events of the series finale “What We Leave Behind”)?

The mind boggles! Would Section 31 have finally compromised his ethics? Would he have quit the Federation altogether and become a professor? Maybe he wound up in command? Goodness only knows.

Do you keep up with Star Trek in its current form (Discovery, Picard, and Lower Decks)? If so, what are your thoughts?

I’m sorry to say that I don’t — I watched a few excellent episodes of Discovery when it made its debut — but we have an embargo in my household on the ever-expanding list of channel subscriptions. We just had to draw a line once we realized that we were spending more on TV than food!

Would you have any interest in appearing as Bashir again — maybe in Star Trek: Picard or the announced Section 31 series with Michelle Yeoh?

Of course but I’m not sure I’d feel like stepping back into Bashir’s shoes again for a cameo, a disposable tidbit to move the action along in. I’d certainly be interested in a good in-depth look at him and where he’s at though.

Let’s switch gears a little and discuss one of your most recent projects, Skylines, where you play General Radford. For those who aren’t familiar, the film is the third and final installment of the Skyline series. What can you tell us about the movie and your character?

It’s a wonderful, old school film. Entirely entertaining and great COVID time relief. I play a general who gets a crack group together to go millions of light-years away from earth to deal with an alien species that threaten to destroy our home. It’s familiar and strange at the same time and that’s the right combination for good, honest entertainment. I highly recommend it if you like high octane sci-fi.

Both being sci-fi characters, how would you compare Radford to Bashir?

They are completely different. Radford could more easily compare to a mirror universe Bashir though!

Do you have any new year’s resolutions?

None. I don’t have the resolve or strength of purpose to see anything worthwhile to the bitter end in the name of self-betterment. I’m totally riddled with vices, I’m sure, but I kind of like being slightly wicked.

Alexander, thank you so much for joining us!

Skylines is now available on YouTube, Amazon Prime and Vudu.