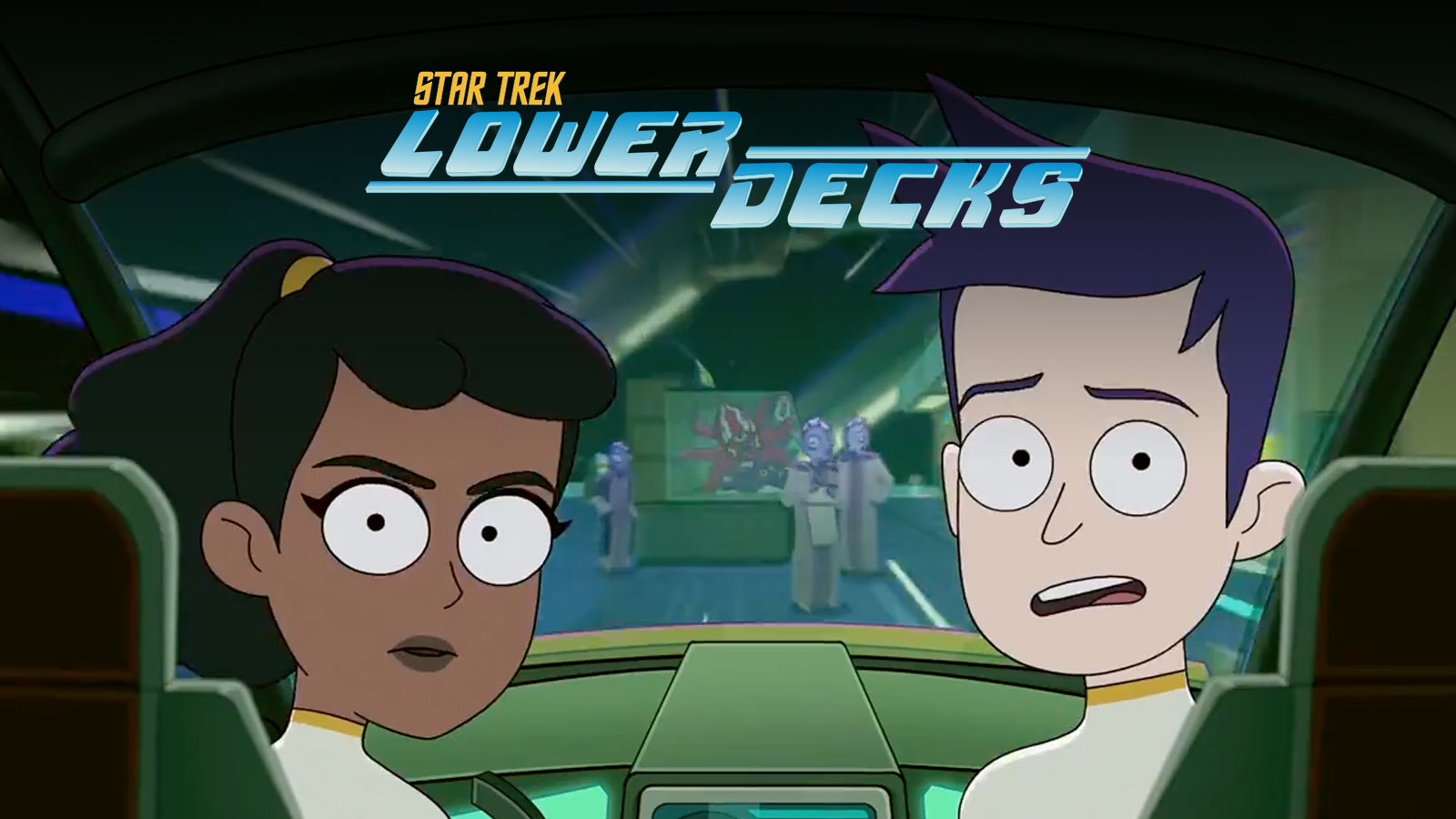 To celebrate one month until Star Trek: Lower Decks season two premieres, Paramount+ has released a short teaser showing off a scene from the upcoming season.

Please note: the video above may be geoblocked outside of the United States. We will update this article with an international version, when it becomes available.

The opening frame of the 15-second teaser spotlights a Federation starbase. Docked at the station are a variety of ships, including what looks like the Cerritos, a couple Enterprise-era Andorian ships, a couple of Daedalus-class vessels, and another type of Starfleet ship not dissimilar from the Titan.

Inside the station, Boimler (Jack Quaid) and Mariner (Tawny Newsome) try to escape a pursuing police force through a shopping area. The pair drive through a collection of what Boimler calls “fish people,” more formally known as Antedians, as seen in The Next Generation episode “Manhunt.”

Both characters are wearing a white uniform with gold and red embroidery reminiscent of the uniforms seen in Star Trek: Insurrection. Flying out of their vehicle as they speed away are what appear to be Data action figures.

The Lower Decks cast and crew — including Tawny Newsome, Jack Quaid and Eugene Cordero along with series creator Mike McMahan — are set to take part in the Star Trek Universe panel later this month as part of San Diego Comic Con@Home.