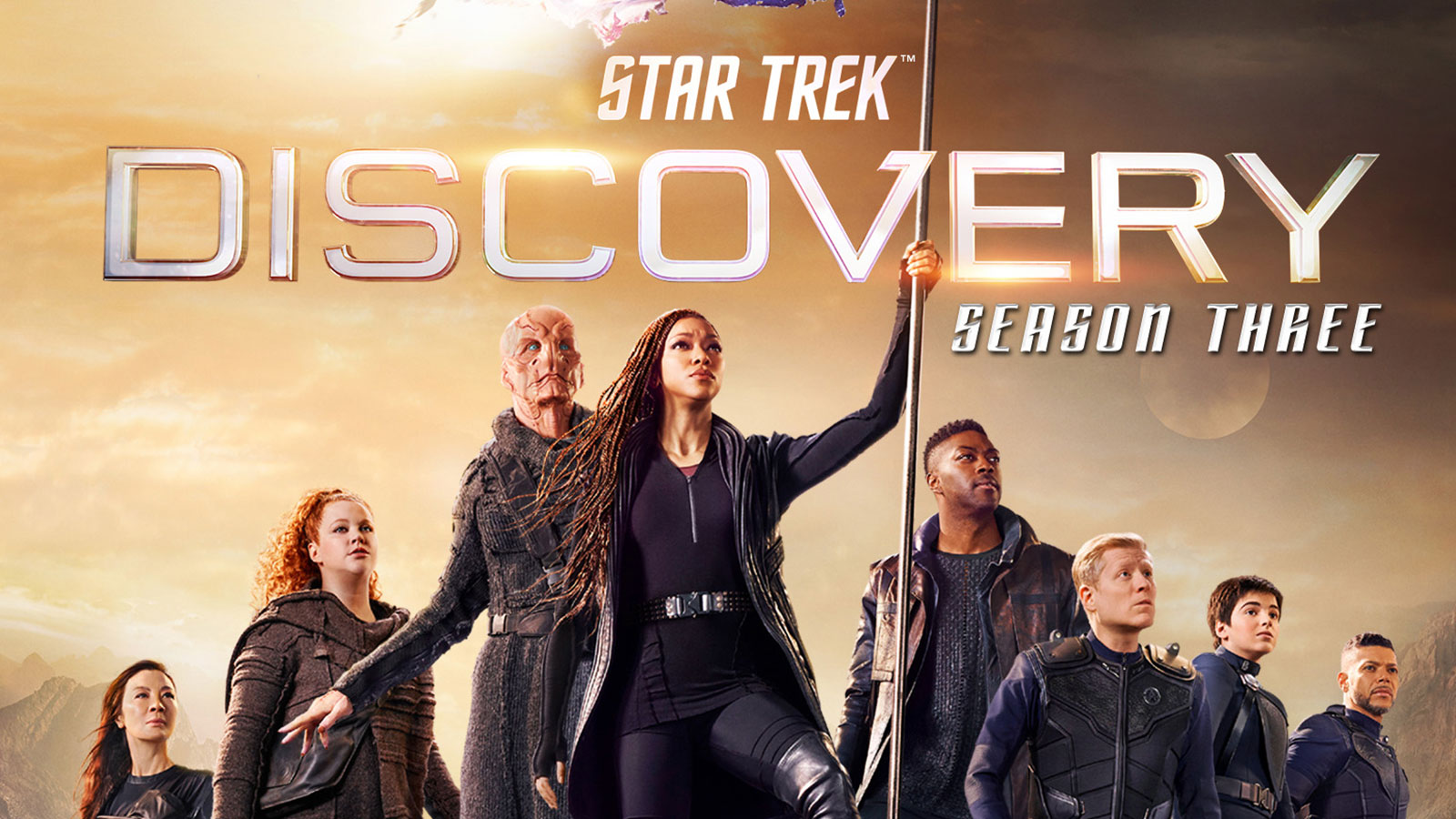 Right on schedule, Star Trek: Discovery season three has received its own home media release. TrekNews.net was able to take a thorough look at the four-disc Blu-ray package, which includes not only the full 13-episode season but more than two hours of special features. Despite the season itself being a thoroughly enjoyable entry in the Star Trek franchise, albeit, with some notable critiques, special features are what make or break purchasing decisions for many viewers. We’re happy to report that on this front, there is more than enough reason to pick up this release.

The special features come in the form of a handful of extras, officially described by CBS as:

After watching these features, we have to say that the inclusion of the Kenneth Mitchell: To Boldly Go and the Being Michael Burnham videos are the highlights of an otherwise strong showing. We said in our review for the Mitchell-featured episode “There is a Tide…” that “Discovery‘s writers do a remarkable service to Mitchell when they wrote this role for him, as Aurelio is a morally-conscience scientist who uses his disability as motivation for his scientific endeavors.” To further explore this role is a great opportunity, and hearing directly from Mitchell is enlightening, and, at times, tear-inducing. This feature will pull at your heartstrings, as Mitchell and others don’t shy away from the emotionality of his medical situation, and how Star Trek was able to help him cope with that. It’s clear Discovery’s production crew has the utmost respect for the way Mitchell is tackling his ALS diagnosis, and to opt to include this feature is further praise for Mitchell’s service to Star Trek. Definitely make this priority viewing when you go through this package.

Similarly, opting to spotlight Sonequa Martin-Green in her own behind-the-scenes video is a wise choice. As we’ve said from the beginning, Martin-Green is a tour de force; she’s a remarkable actress who has given Discovery incredible depth and energy. To hear from Martin-Green herself about growing personally and professionally over the past three years is a real treat. This feature spotlights an important note about Star Trek: Discovery: it’s continuingly clear that Martin-Green is the main character of the show, despite the alternate (and equally valid) interpretation that Discovery is an ensemble show. As he told us in a recent interview, Doug Jones (Saru), who would have a claim to being the main character as much as anybody, admits that Burnham is very much the star of the show, and for good reason. In our opinion, the more we hear from Martin-Green about her time as Burnham is only a good thing.

For technically minded viewers, we should note that this release is not a 4K Blu-ray, but a standard 1080p presentation, as was the case with previous Discovery releases. When we reviewed the season two Blu-ray release in 2019, we noted the unfortunate limitation of a 1080p release for an otherwise beautiful show. At the time, we hoped that the eventual season three release would be in 4K, which would have been an awesome improvement for those used to imperfect 1080p streaming.

Well, no such luck and the reasons for Discovery sticking with 1080p probably haven’t changed: more expensive cameras, more expensive Blu-ray production values, and sharper CGI in the show itself are still likely what is hampering the show from going 4K. For our money, 4K would have been even better for this season’s release because it might have made the show’s overly-dark post-production VFX more enjoyable to watch (despite being a season-long problem, we finally leveled a critique about the heavily post-processed nature of the show’s VFX in our season finale review). Hopefully, we’ll see a higher video quality in next season’s Blu-ray release.

Despite our continuing critique about the Blu-ray video quality of the show itself, this release is well worth space on your shelf next to the other modern Star Trek home media releases. Season three of this show is an important moment for not only this series but the franchise. Discovery, both ship, and show, was forced to leave behind many of the nostalgic qualities that made its sophomore entry such a wonderful experience. The fact that the show was able to stand on its own legs is a testament to its dedicated cast and crew. We’re happy CBS has produced a faithful and deserving release for this milestone season.

You have until Friday, August 24 at 11:59 pm ET to enter. Winners will be contacted through Twitter or Facebook for shipping details. Good luck!

This giveaway is limited to TrekNews.net readers in the U.S. due to distributor restrictions.

Star Trek: Discovery – Season 3 on Blu-ray and DVD is now available through Amazon.