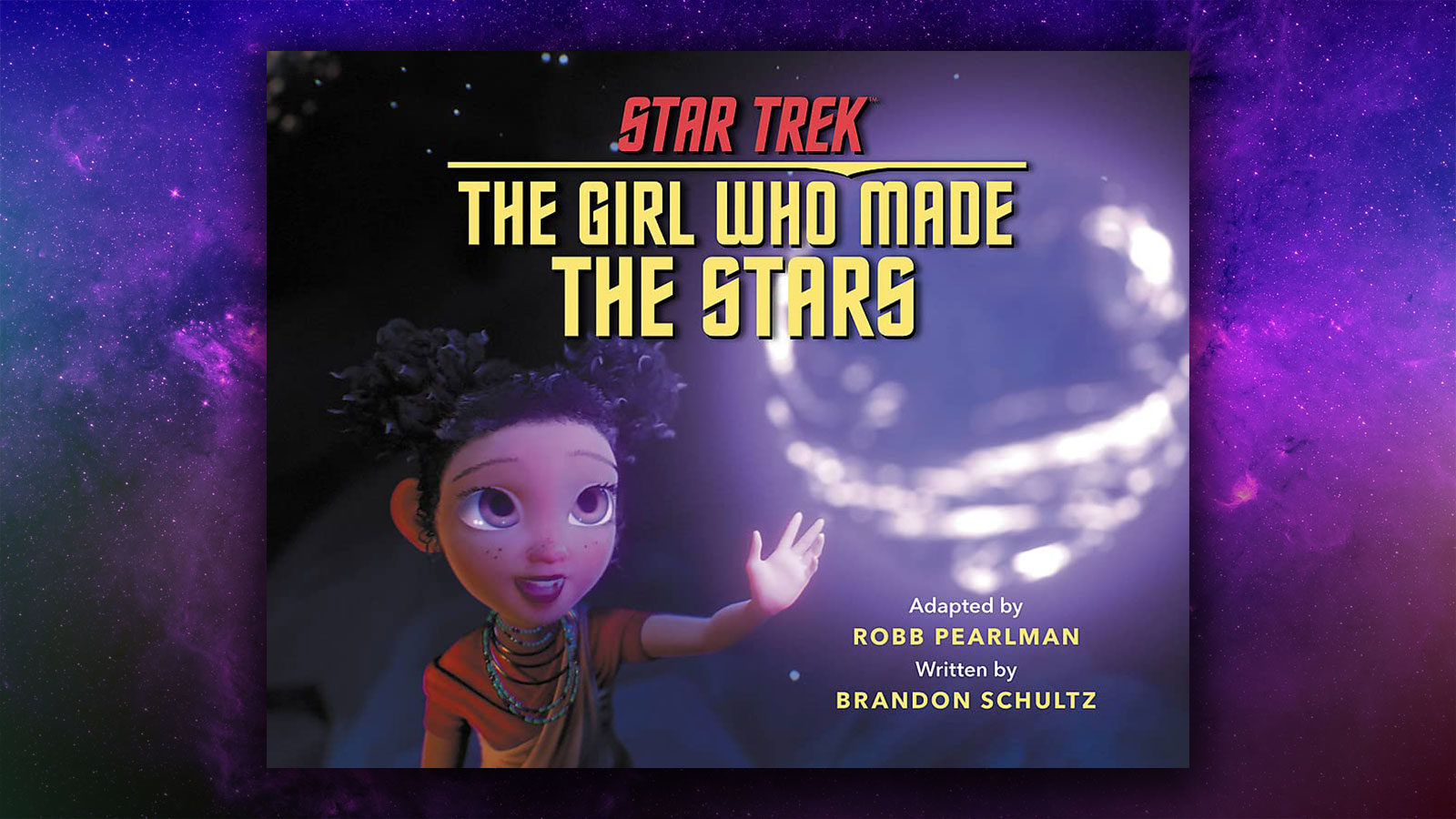 Review: Star Trek: The Girl Who Made the Stars picture book

Cast your mind back to what seems like a decade ago – 2019 – and you might remember how two animated Star Trek: Short Treks premiered simultaneously: “Ephraim and Dot,” and “The Girl Who Made the Stars.” The latter was an eight-minute-long, kids-oriented, computer-generated tale about an African legend that we opined “…is sure to inspire young and old alike – a great use for Star Trek if there ever was one.” Now, that tale is adapted as a picture book, aimed at exposing kids to the story’s message through a medium that caters to their sense of wonder. So, does this book – adapted by Star Trek expert Robb Pearlman, who previously authored The Book of Grudge – deserve a place on your kids’ bookshelf?

Sure! It’s a great story with a great message, and you don’t need to be a Star Trek fan to recognize its value. In fact, we said that the plot of the episode “…could stand on its own and still be perfectly relevant to fans and non-fans. That’s a great achievement.” The same judgment applies to this picture book. What’s within the front and back cover is basically what you’d expect: a faithful telling of the episode’s plot, with plenty of room for straight-from-the-screen still frames that remind us of the entry’s beautiful computer-generated animation (more on this in a moment). The amount of text on each page isn’t too burdensome for young readers, either, so this book could easily be read in one bedtime sitting.

A couple notes we did have on this book is regarding image quality – an important facet of any picture book. Namely, we wish the images were brighter and sharper.  Regarding brightness, this seems like an unavoidable issue, since the Short Trek episode featured a pretty dark color scheme. But seeing frames of the episode on a physical page verses watching the episode on a decent TV really highlights the book’s muted coloring. Yes, there are splashes of color where there should be, but just know most of the imagery in this book may not impress as much as its motion counterpart.

Regarding the sharpness of the imagery, it seems there is a softening effect applied to the visuals here, giving all these pictures a decidedly smooth quality. Perhaps this is because various frames from the episode – which were rendered at a specific resolution – had to be cropped, cut, and otherwise maneuvered to fit the book’s pages, thus reducing visual fidelity? It’s not like there’s a blur effect on the screenshots from the episode, but if you have an eye for visual clarity, you might notice the lack of detail on certain pages.

Despite these critiques, The Girl Who Made the Stars offers another chance for children and their families to absorb the valuable message this story presents: drawing upon your inner strength and being true to yourself. Sounds like a good bedtime story to us.

Star Trek: The Girl Who Made the Stars can be purchased now on Amazon.