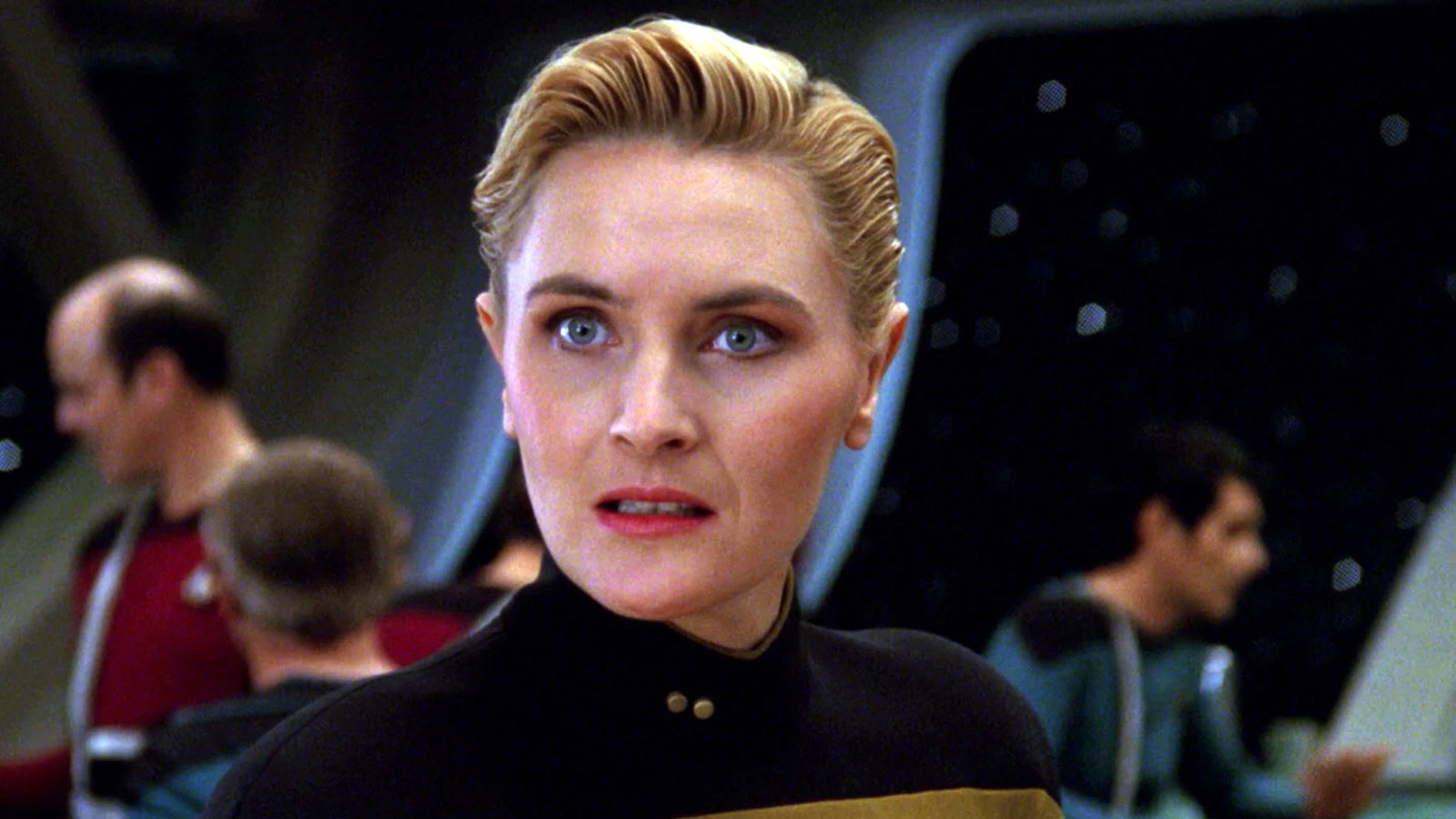 The 56-Year Mission convention is underway in Las Vegas and the first bit of news out of the event is Denise Crosby teasing the return of Tasha Yar in the upcoming third season of Star Trek: Picard.

“You’ll see Tasha Yar but I’m not going to tell you how.”

It should be noted that the appearance could amount to something as minor as a photograph of Crosby as Yar and not necessarily suiting up again with her former castmates. However, time will tell.

Crosby played Tasha Yar throughout most of TNG’s first season but left the series prior to its conclusion. She returned to the show later in its run playing Tasha’s daughter Sela in the episodes “Redemption”, Redemption, Part II” and “Unification II” and finally as Tasha Yar again in the 1994 series finale “All Good Things…”.

Following her time on TNG, Crosby stayed close to the Star Trek franchise, producing and hosting the 1997 documentary Trekkies and its 2004 sequel Trekkies 2. In recent years, she’s worked on The Walking Dead, NCIS, Scandal and Creepshow.

The first teaser for the upcoming season was first revealed in July at the Star trek Universe panel during San Diego Comic-Con.

First announced back in April, Star Trek: Picard season 3 is expected to premiere on Paramount+ in 2023.