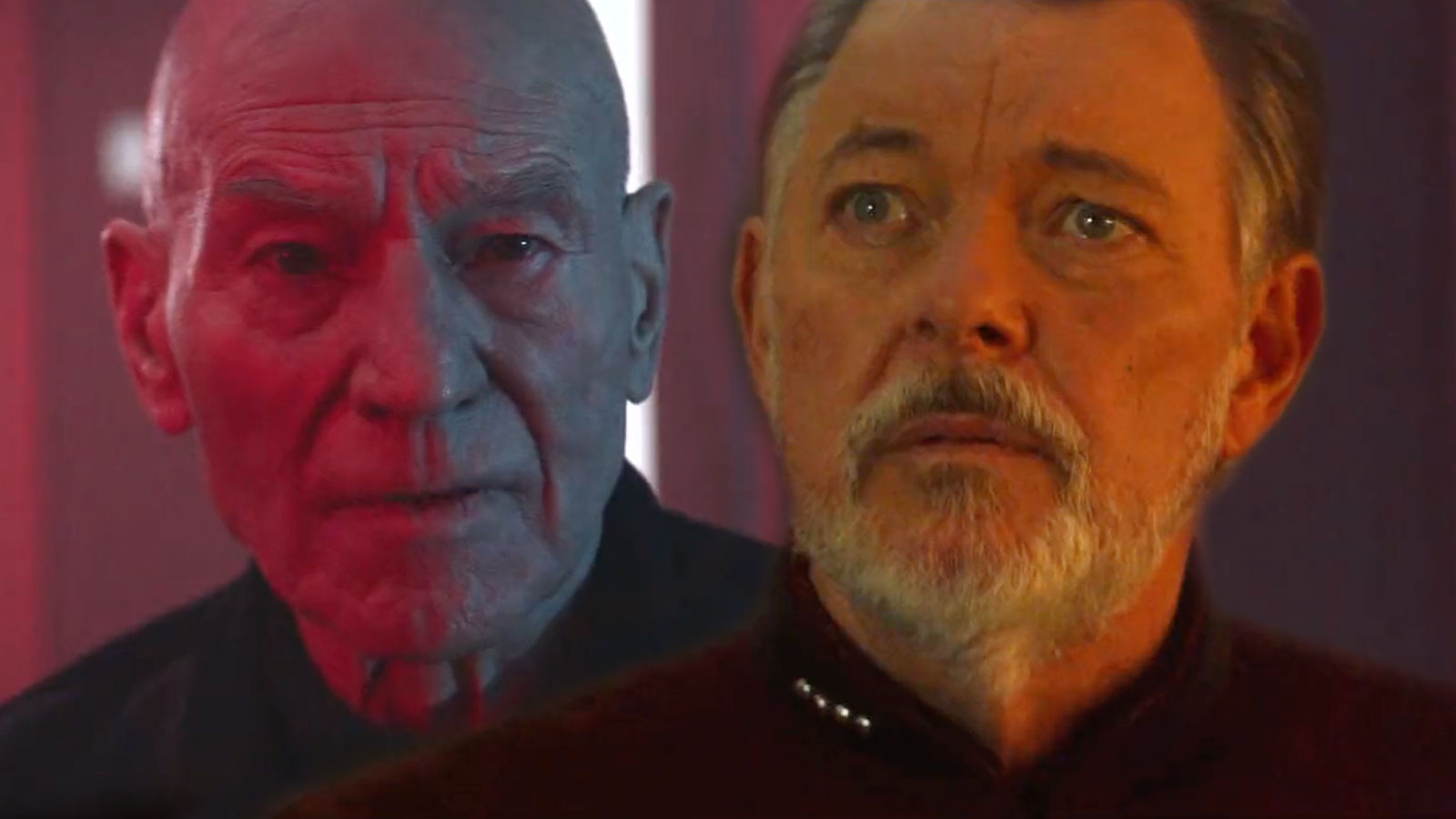 During this week’s NFL playoff game on CBS featuring the Bengals and the Bills, we got our first glimpse at the upcoming third season of Star Trek: Picard, in the form of a teaser — promoting the release of the final trailer next week. That trailer will premiere during halftime of the AFC Championship Game on CBS next Sunday, January 29.

This week’s teaser features brief clips from the third season — featuring Patrick Stewart as Jean-Luc Picard, Jonathan Frakes as William Riker, Marina Sirtis as Deanna Troi, Michael Dorn as Worf, LeVar Burton as Geordi La Forge, Gates McFadden as Beverly Crusher, Michelle Hurd as Raffi Musiker, Jeri Ryan as Seven of Nine, and Amanda Plummer as Vadic — intertwined with NFL gameplay footage. Additionally, we get a look at both the USS Enterprise-F and the USS Titan.

Check out the teaser for yourself below along with a few screencaps.

Next week’s AFC Championship game between the Cincinnati Bengals and the Kansas City Chiefs kicks off at 6:30 pm ET on Sunday, January 29.

Our first look at the upcoming season dropped in the form of a teaser trailer at New York Comic Con in October. A new teaser was released in December, following the Star Trek: Prodigy season one finale on Paramount+.

The third and final season of Star Trek: Picard reunites the cast of Star Trek: The Next Generation and is set to premiere on Paramount+ on Thursday, February 16, 2023. The season stars Patrick Stewart as Jean-Luc Picard, LeVar Burton as Geordi La Forge, Michael Dorn as Worf, Jonathan Frakes as William Riker, Gates McFadden as Beverly Crusher, Marina Sirtis as Deanna Troi, Brent Spiner as Lore, Jeri Ryan as Seven of Nine and Michelle Hurd as Raffi.