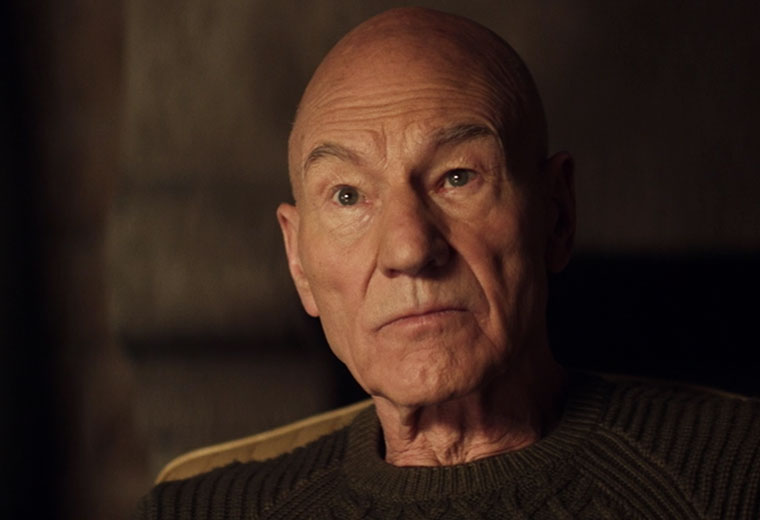 The mystery that began with last week’s excellent series premiere deepens in “Maps and Legends,” as Jean-Luc Picard begins to take matters into his own hands as he deals with the aftermath of Dahj’s death. Episode two proves to be an equally well-done outing for both Picard‘s production team and cast, further proving that this series is in capable hands. 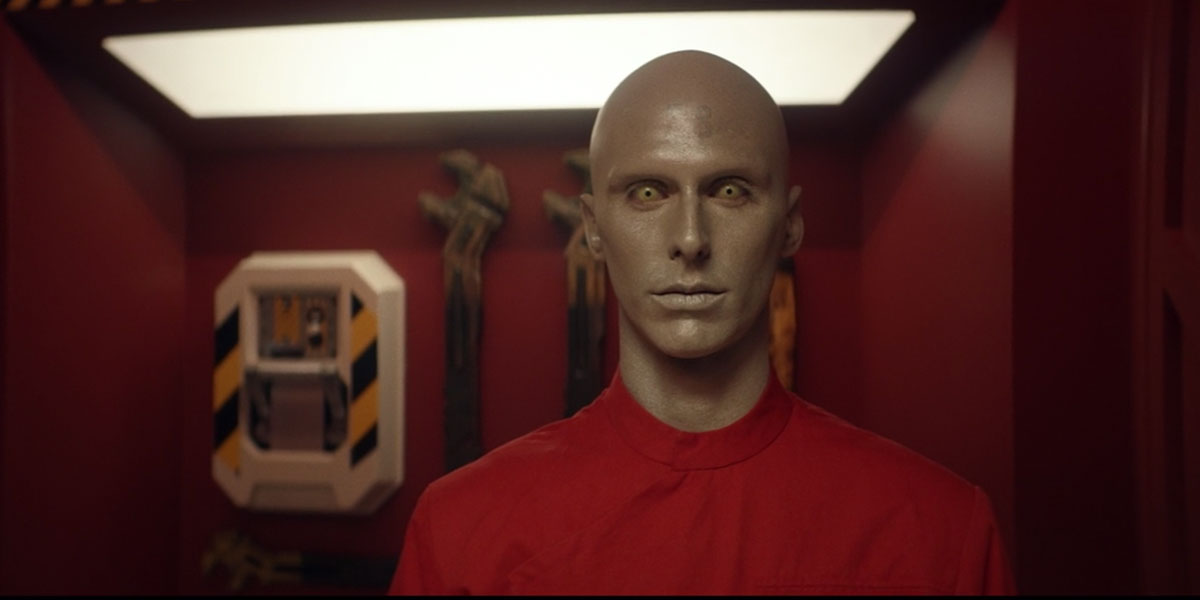 Alex Diehl as the humanoid F8

At the beginning of this episode, we get a flashback of how the attack on Mars played out from the perspective of those who witnessed it – namely, the Starfleet crew at Utopia Planitia Shipyards and their synthetic counterparts. Importantly, we see the synthetic, designated F8, actually begin the attack. This scene gives us a great illustration of how poorly synthetics were treated by humans, and how quickly the assault on Mars happened. 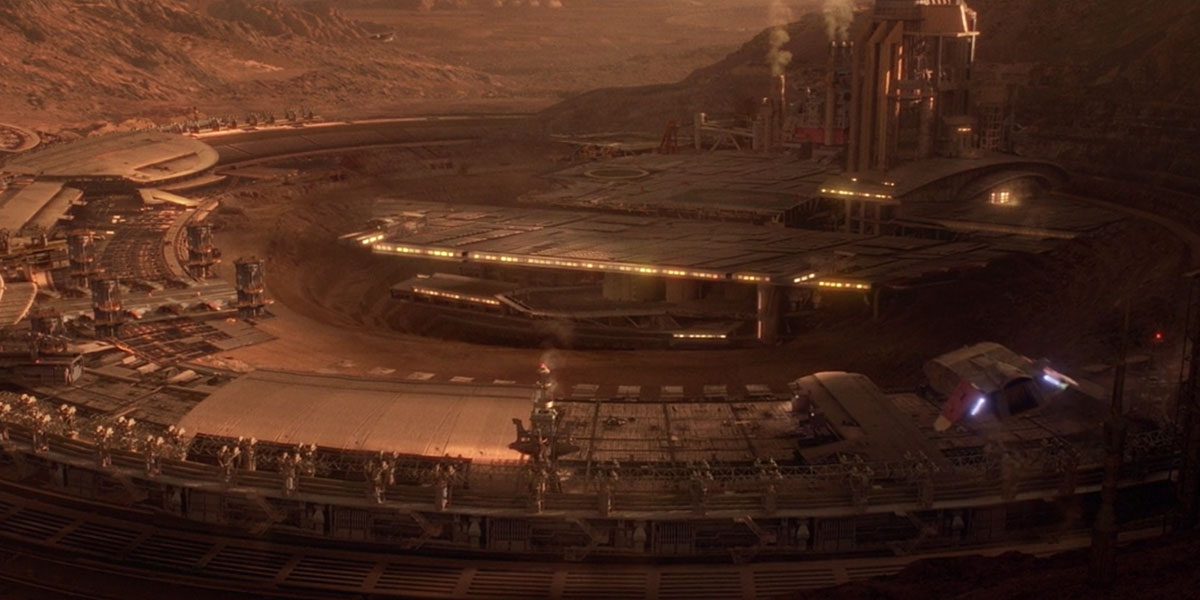 14 years later and after Dahj’s death at the hands of Romulan assassinations in “Remembrance,” Picard, with the help of his Romulan co-habiters and Dr. Agnes Jurati (Alison Pill), delves deeper into who Dahj was, her connection to Data, Bruce Maddox, her twin, Soji, and Dahj’s killers. Starfleet proves to be no help, and in fact, conspirators inside Starfleet are tipped off to having their mystery plans revealed thanks to Picard. Meanwhile aboard the Romulan Reclamation Site, a Borg cube long disconnected from the collective which scientists from multiple races are using for research, Narek (Harry Treadaway) and Soji grow closer while Narek continues a secretive mission. 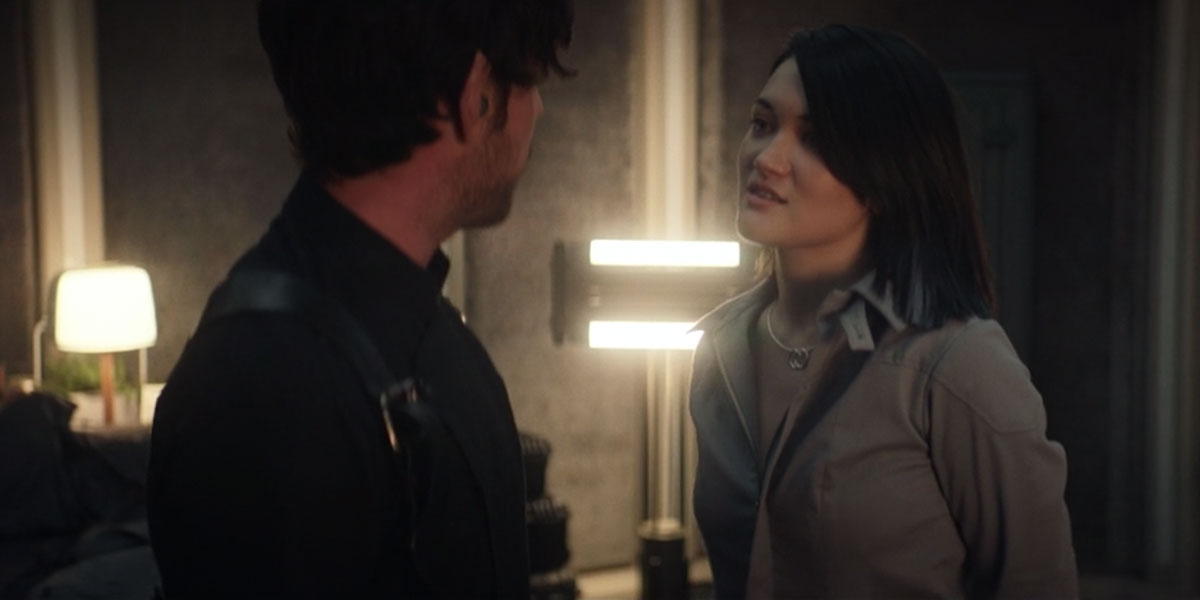 Harry Treadaway as Narek and Isa Briones as Soji

More than anything, “Maps and Legends” wastes no time in moving the main mystery around Dahj, her killers, and her connection to the late Data along. Kudos to director Hanelle M. Culpepper (returning from the series premiere) for employing a quick-moving, intertwining directing style during Picard and Laris’ investigation of Dahj’s apartment. Such intricate exposition might otherwise drag, but cutting together two locales at the same time (with the same characters) allows Picard to get through that exposition without becoming boring. These scenes also give a greater appreciation for Laris (Orla Brady) and Zhaban (Jaime McShane), who prove to be far more than just workers at a vineyard. Laris uses her knowledge as a former Tal Shiar operative to explain to Picard that there is another, far more secretive Romulan organization, called the Zhat Vash, who have a timeless hatred for synthetics. It’s a fascinating new piece of Star Trek lore that provides another layer of complexity to an already complex species. 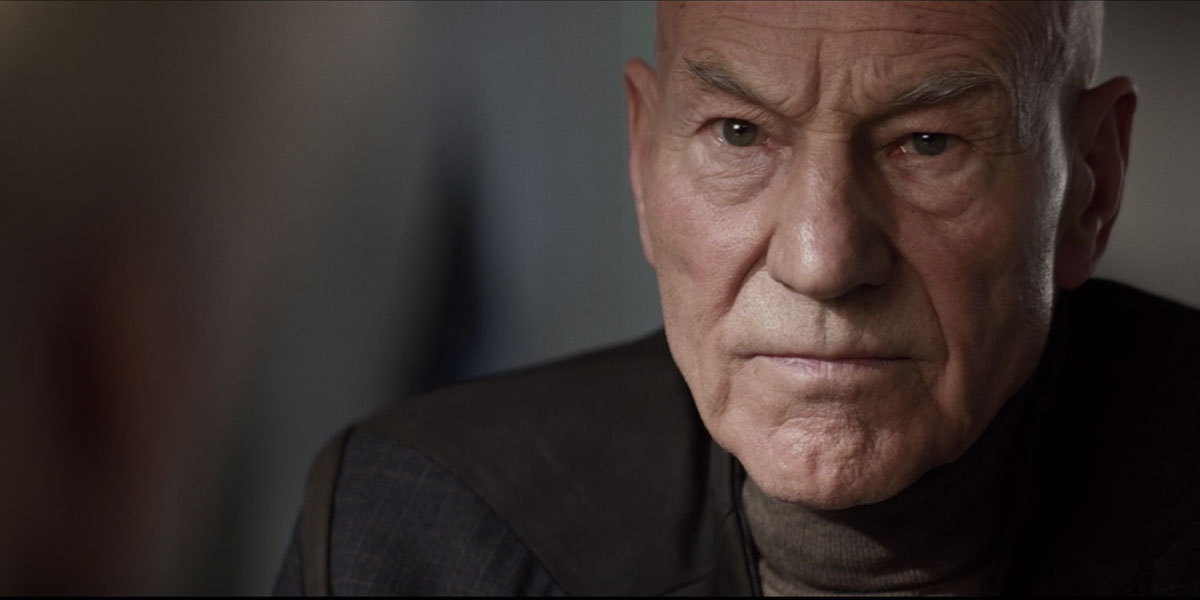 This episode furthers the idea the Starfleet we know and love no longer exists, an assertion Picard made vehemently in the series premiere. Through Commodore Kirsten Clancy (Ann Magnuson), we know that Starfleet has no interest in helping Picard, and assumes his description of Romulan operatives working on Earth are just the ramblings of an old man. In defiance, Picard forgoes official help and instead enlists an estranged friend, Raffi Musiker (Michelle Hurd), who we know through the prequel comic as his former first officer during the Romulan evacuation. This brings us to what is certainly a defining moment for Picard, both within the context of this series and the character’s history as a whole. Recalling Star Trek: Insurrection, there is a scene where Picard defies Starfleet’s handling of the Baku by removing his command pips, signifying his disenfranchisement from the service and willingness to act alone. It is interesting, then, that “Maps and Legends” shows Picard’s defiance by having him do the opposite by bringing his old Starfleet insignia badge out of storage and affixing that to his shirt. It’s a clear return to the values of the old Starfleet, and also a significant fan-service moment. 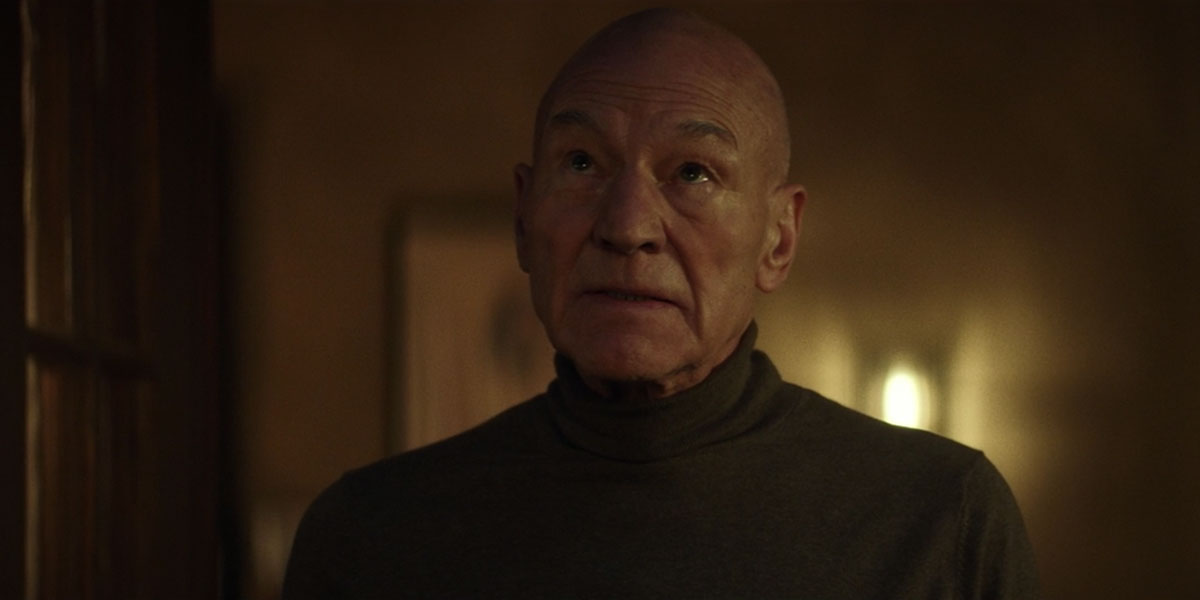 While Culpepper deserves praise for her efficient directing style in what is effectively chapter two of a ten-chapter novel, the member of the production team who absolutely shines here is composer Jeff Russo. Russo expertly inserts some music cues that are intimately familiar to any Star Trek fan – such as the underlying and remixed “Balance of Terror” signature composition during Romulan scenes, the bombastic, sweeping orchestral score when Picard returns to Starfleet headquarters, and the soft, comforting motif when Picard puts on the old-style communicator. It’s good news, then, that Russo revealed on Twitter that the Star Trek: Picard soundtrack will be coming soon. 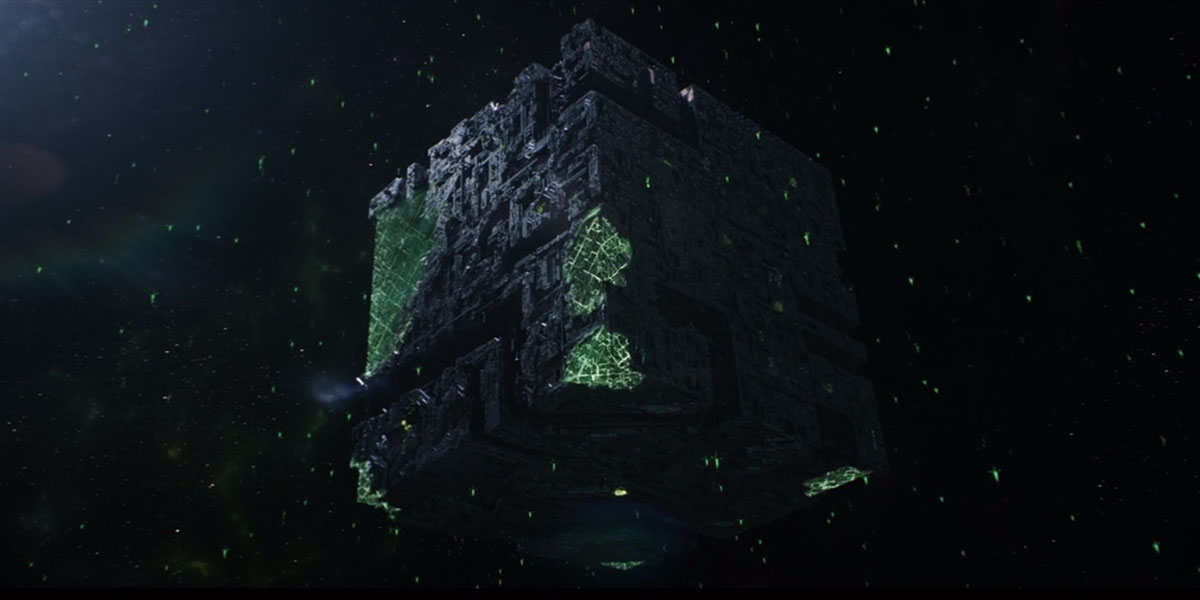 “Maps and Legends” continues what will likely be a recurring skill of each Picard episode – the continuation of an intriguing and increasingly complex plot. While at times this episode proves to be perhaps a little too dense (those not paying close attention, or who isn’t familiar with well-known Star Trek lore like the Tal Shiar, will benefit greatly from repeat viewings to get the overall picture), Picard is certainly a treat for Star Trek fans old and new. 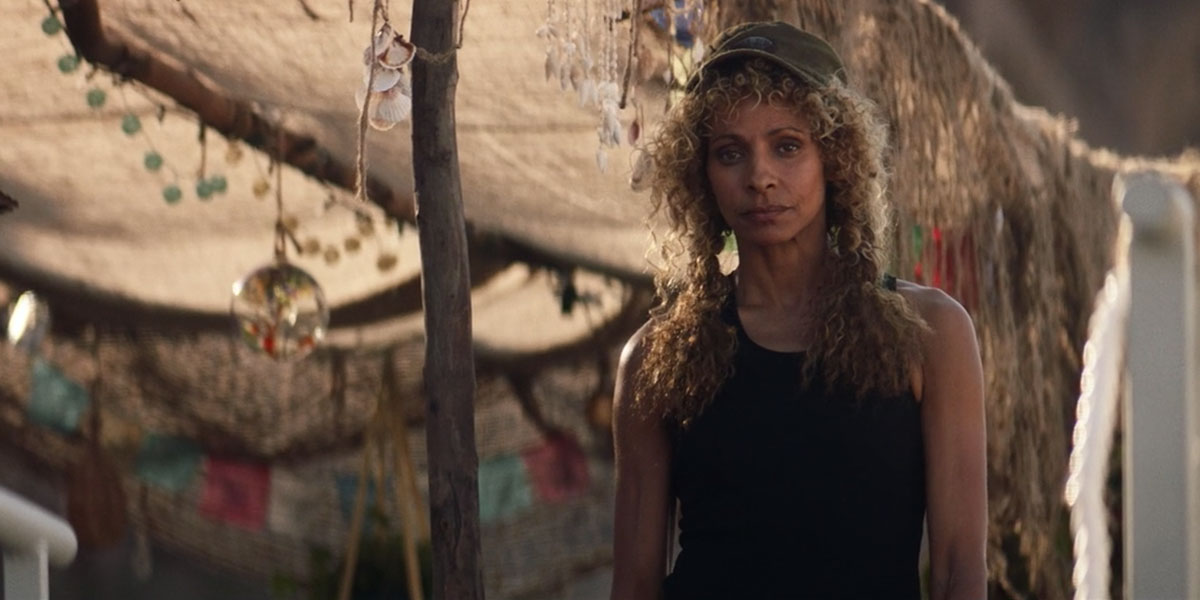 Star Trek: Picard continues next week with the third episode “The End is the Beginning.”