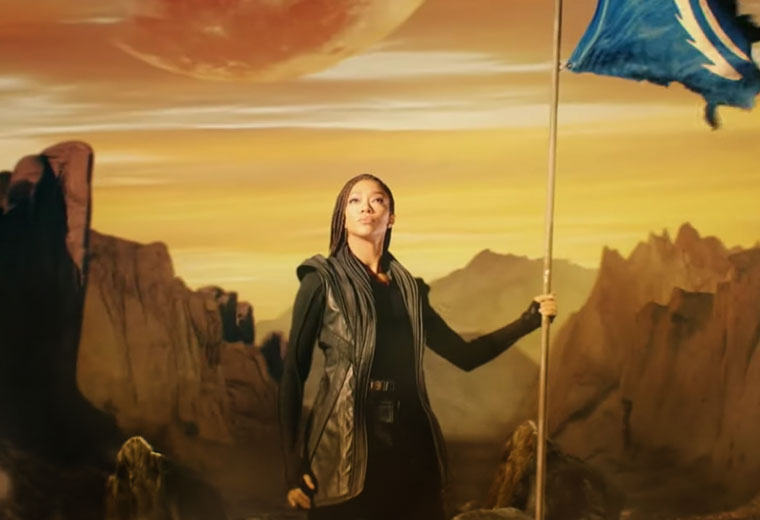 Star Trek fans anxious to see what happens after the time-jump in the exciting season two finale for Discovery need now only wait until October 15, according to a short teaser released by CBS All Access.

The 13-episode season will stream weekly on Thursdays starting on October 15. This news comes just a couple days after the cast of Star Trek: Discovery gathered virtually for a table read of the season two finale.

It was also previously confirmed that Will Riker himself, Jonathan Frakes, is directing the third and eighth episodes of the season. He previously directed episodes in both seasons of Discovery.

Filming for season three began in July 2019 and wrapped in February. The first trailer dropped back in October 2019 at New York Comic Con.

Star Trek: Discovery season 1 and season 2 are available on Blu-ray and through CBS All Access in the US.

Stay tuned to TrekNews.net for all the latest news on Star Trek: Discovery, along with Star Trek: Picard, Star Trek: Lower Decks and Star Trek: Short Treks. Connect with us at @TrekNewsNet on Twitter, @TrekNews on Facebook, and @TrekNews on Instagram.