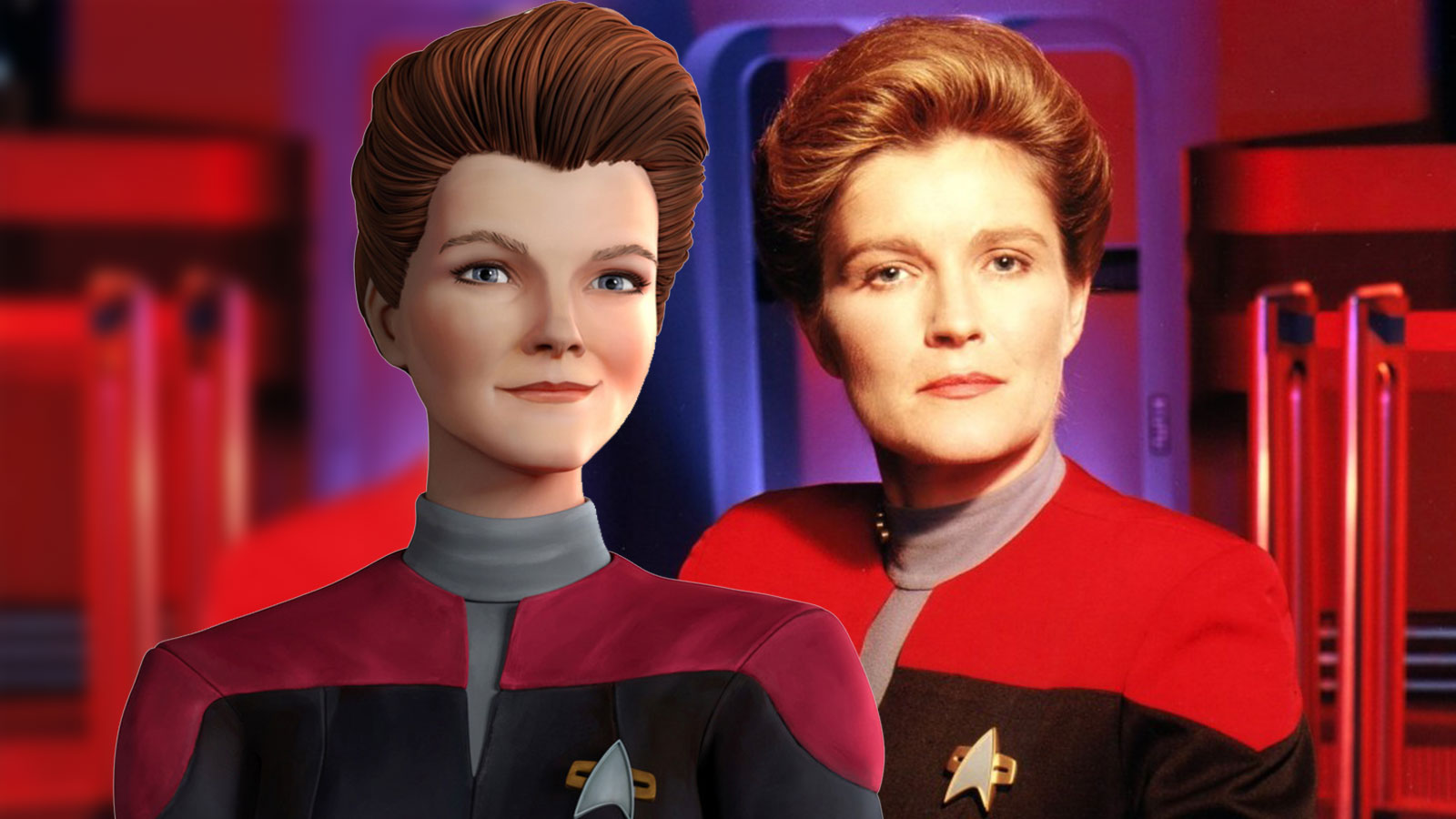 We’ve got our first peek at Captain Kathryn Janeway in animated form.

As part of the Paramount+ First Contact Day virtual event on Monday, Janeway herself, Kate Mulgrew, along with Star Trek: Prodigy creators and executive producers Kevin and Dan Hageman showed off the character’s look in the upcoming animated series.

Janeway will be an Emergency Training Hologram on the series, which takes place in the Delta Quadrant in the year 2383— five years after the events of Star Trek: Voyager‘s finale “Endgame.”

The Prodigy bridge crew photo, which was first revealed in February, has now been updated to include Janeway.

You check out the Star Trek: Prodigy First Contact Day panel embedded below.

Star Trek: Prodigy was first teased in 2019 and announced in July 2020, with Mulgrew’s inclusion in the series being revealed in October. The series is set to premiere on the Paramount+ streaming service, prior to being broadcast on Nickelodeon.